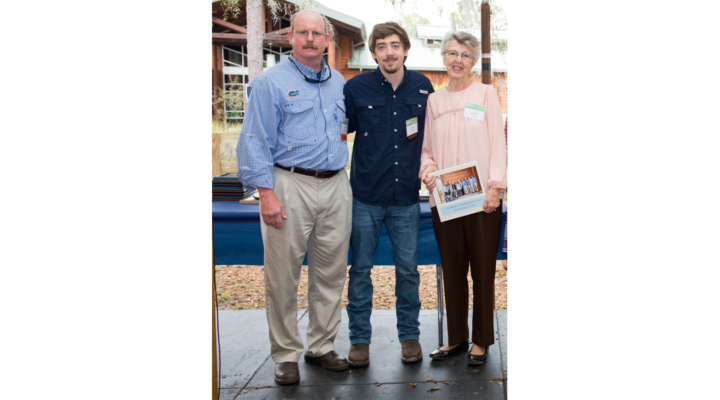 GAINESVILLE, Fla. — Chad Nolan Ward, Jr. hails from a long line of forestry workers. The Union County resident and University of Florida student says the profession is in his blood.

“My father is a third-generation logger and owns the family business, Chad Ward Enterprises,” Ward said. “I knew as a small child that I wanted to continue the family legacy.”

This endowment not only provides funding to sustain educational opportunities at the UF/IFAS Austin Cary Forest, but also offers scholarships to forestry graduate and undergraduate students from Bradford, Union, Baker and Columbia counties.

“It is an exciting time to be getting an education in forestry,” Lucinda Stern said. “I hope the undergraduate scholarships will make it possible for some young person to study forestry.”

The first recipient of the undergraduate scholarship award, Ward, is a rising senior in the UF/IFAS College of Agricultural and Life Sciences studying forest resources and conservation. Prior to attending UF, Ward earned his associate’s degree from Florida Gateway College in Lake City. He is now specializing in forest business management in the UF/IFAS School of Forest Resources and Conservation.

Ward thinks his forestry education will set him up for success, whether he continues to work for the family business or chooses to work for a larger, land-owning corporation. He said he appreciates the Sterns immensely for helping him pursue his degree.

“The Stern family took a lot of time to meet and talk with me about Mr. Roland and their family business,” Ward said. “I know I have a lot to live up to and am grateful to have the opportunity.”