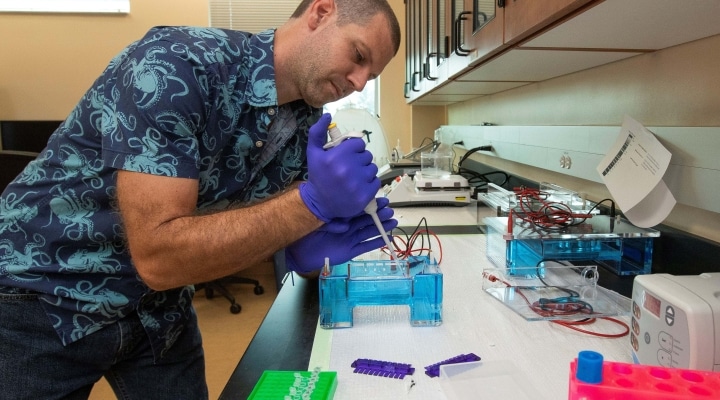 Scientists at the University of Florida Institute of Food and Agricultural Sciences (UF/IFAS) have recorded the first North American case of a harmful phytoplasma disease known for its threat to fruit, vegetable and ornamental crops in South America and the Middle East. These same crops are economically important to Florida and in several parts of the U.S. (photos by UF/IFAS)

FORT LAUDERDALE, Fla –Scientists at the University of Florida Institute of Food and Agricultural Sciences (UF/IFAS) have recorded the first North American case of a harmful phytoplasma disease known for its threat to fruit, vegetable and ornamental crops in South America and the Middle East.

To make matters worse, scientists confirmed the host for the disease to be one of the most noxious and rapidly spreading weeds commonly found in a wide range of environments throughout the United States and into Canada.

Findings of the “First report of ‘Cadidatus Phytoplasma brasiliense’ in North America and in a new host, yellow nutsedge (Cyperus esculentus)” were just published in the journal “Plant Health Progress.”

“The host of the disease is known as one of the most widespread and problematic weeds found everywhere — called yellow nutsedge,” said Brian Bahder, assistant professor of entomology at UF/IFAS Fort Lauderdale Research and Education Center. “It is one of the most aggressive weeds that commonly grows in lawns, home landscapes, vegetable and flower gardens and agricultural systems.”

The phytoplasma species called Candidatus Phytoplasma brasiliense is documented in regions of Brazil and Peru to harm hibiscus, papaya and cauliflower. Subsequently, research showed the same species infects peaches in the Middle East country of Azerbaijan.

Bahder and his team confirmed the phytoplasma and host in Fort Pierce. They found it while conducting research for a different disease – Lethal Bronzing — that attacks palm trees. Scientists were surveying and testing samples of grasses in hopes of finding a reservoir for lethal bronzing.

Research has shown that the adult planthopper insect that carries Lethal bronzing feeds on the palm’s canopy, and the nymphs have been recorded among more than 40 species of grasses and sedges.

Because of the close association of nymphs with grasses and sedges, speculation has risen about the ability of these plants to serve as a reservoir for the Lethal bronzing phytoplasma, Bahder said.

For the survey, scientists sampled three of the most abundant weeds known to serve as a host to the nymphs, Yellow nutsedge being one of them.

While testing the samples, three of the outcomes resulted in a positive result.

“We thought we had found Lethal bronzing in one of the grasses, so we proceeded to genetically sequence the sample,” said Bahder. “The results confirmed it was not lethal bronzing but that it was another phytoplasma.”

The DNA sequencing of that specimen confirmed their findings of a new phytoplasma in this weed, recorded for the first time in North America.

Implications of the disease and its spread through this weed cause scientists to consider it a threat to agriculture and ornamental industries. UF/IFAS scientists are seeking funding for the next steps of research.

“The next logical step is to find out which insect is spreading the disease. The good news is that we caught this early,” said Bahder. “We don’t know if this is an isolated incident or if the insect is spreading in the grass, and if it will feed on the papaya, hibiscus or cauliflower – which are economically important in Florida. The point is that we don’t know the extent of this disease in Florida or what threat it poses. 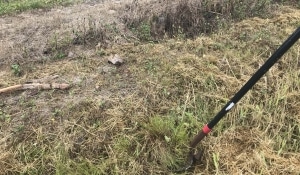 Hypocalcemia to be discussed in the upcoming Hoard’s Dairyman webinar