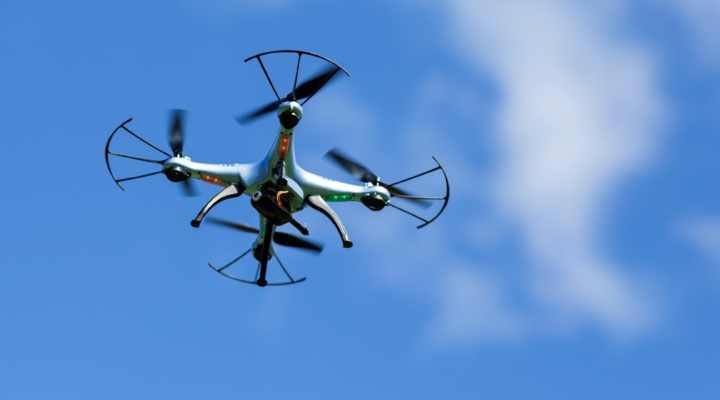 More recent technological advances include robots and drones that can operate autonomously 24/7, collect large amounts of farm data and carry out tasks on the field. The collected information can be used to optimize food production and resource use, the researchers say, resulting in higher yields with less fertilizer and pesticides. (Courtesy Photo)

GAINESVILLE, Fla. — Agriculture, one of the world’s oldest vocations, is also one that continues to reinvent itself with new technology. From the introduction of the steel plow to automated tractors to modern fertilizer applications, technology has improved effectiveness and increased efficiency.

Now, two University of Florida professors say robots and information technology will rule the roost on farms in the coming years.

University of Florida Institute of Food and Agricultural Sciences professors Senthold Asseng and Frank Asche co-wrote an article published in the journal Science Robotics in which they say: “the farmers of the future are likely to be data scientists, programmers and robot wranglers.”

“I think we will see the first farm trying to put all this technology together in the next few years,” Asseng said.

Asseng and Asche predict fewer farmers will be needed, a trend that started more than a century ago. There were 12 million people employed in agriculture in the U.S. in 1900. In 2014, there were 2 million, or 1.7 percent of total American employment, according to Our World in Data, an organization that monitors farm and land use.

In the face of global challenges to produce more food, more sustainably, the researchers urge scientists and growers to radically rethink their approaches to farming. Farmers face constraints such as high labor costs, but at the same time dwindling land on which to grow crops as well as fresh water – both due to changing climate and population growth.

“We have already become accustomed to the idea of autonomous machinery, like tractors navigating their way up and down a field,” said Asseng.

More recent technological advances include robots and drones that can operate autonomously 24/7, collect large amounts of farm data and carry out tasks on the field. The collected information can be used to optimize food production and resource use, the researchers say, resulting in higher yields with less fertilizer and pesticides.

Another advantage they cite from technological advances is food traceability.

“The constant monitoring and collection of information from sensors in the field or from sensors attached to livestock will make it possible to trace a food product from farm to fork,” the researchers wrote.

All the components of the future farm already exist, including decision software for crop management, said Asseng. As an example, he cites the Decision Support System for Agrotechnology Transfer (DSSAT), a software application program of growth simulation models for more than 40 crops. Several UF/IFAS scientists conduct research for DSSAT.

Asseng sees all these innovations benefitting society, the way we farm and the environment. It will help with increasing food production and at the same time increase sustainability.

“I think the trend is clearly there since agriculture started and more recently, for example, with bigger and bigger tractors in agriculture to have fewer drivers, a trend we also see in other industries,” he said. “It definitely opens up new opportunities for other jobs like developing and maintaining robots, drones, software and more.”

Consumers may decide the future of U.S. citrus