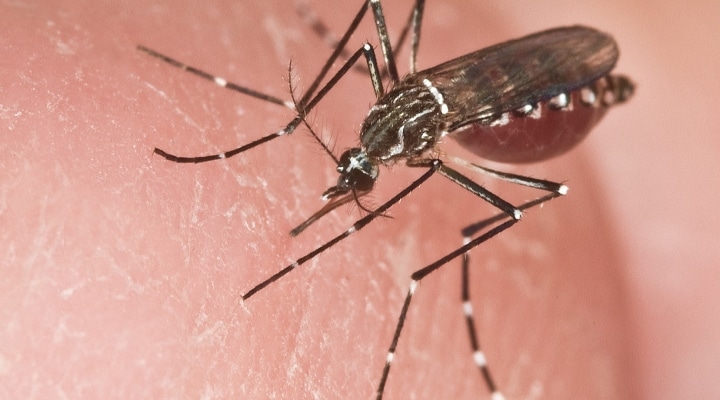 “Genetically Modified Mosquitoes” is the latest publication on Ask IFAS, UF/IFAS’ Electronic Data Information Source (EDIS) peer-reviewed site, that provides relevant information regarding the pilot projects in select areas of the Florida Keys. The experiments, which are a collaboration between the Florida Keys Mosquito Control District and the biotechnology company Oxitec founded in the United Kingdom out of Oxford University, are permitted by the U.S. Environmental Protection Agency (EPA).

The UF/IFAS publication describes the mosquito species being targeted, what to expect from the pilot projects, why this approach is being used as well as answers to other frequently asked questions about genetically modified mosquitoes. The publication also lists additional linked resources for readers interested in more detailed information on the topic and science.

“The rationale for producing this document is to help inform the public and those who are interested or impacted by the current trials run by Oxitec,” said Eric Caragata, an assistant professor at UF/IFAS FMEL. “As scientists who are not directly involved in the project, we wanted to clearly address some of the important questions and concerns.”

With the initial launch of one of the pilot projects in spring 2021, residents, businesses and visitors expressed public concerns about the biology of genetically modified mosquitoes, and the purpose and expected outcomes of their experimental use in the fight against mosquito-transmitted diseases. In their publication, UF/IFAS scientists weigh in and clarify the basic science, the projects, and provide readers with additional resources.

“We are in a battle to control mosquitoes and the pathogens they spread, with millions of people becoming infected each year,” said Caragata. “Genetically modified mosquitoes are one of many new tools that could help get rid of mosquito populations before they continue to spread diseases.”

Aedes aegypti, also known as the dengue or yellow fever mosquito, is a biting pest and the species most responsible for transmitting dengue, chikungunya, yellow fever, and Zika viruses to humans. It is an invasive pest considered a major threat to human health in many areas of the world where the mosquito species and at least one of the viruses it transmits co-occur. Established in many areas of Florida, including the Florida Keys, it has led to dengue, chikungunya and Zika causing local outbreaks that resulted in 190, 12, and 300 human cases, respectively, over the past 15 years. Almost all of those cases have occurred in southern Florida.

The publication’s authors hope readers will gain a new understanding of why it is important to test these newer mosquito control approaches.

The document clarifies and details what genetic modifications have been made to the mosquitoes released to reduce the survival of the species, adds co-author Eva Buckner, an assistant professor and medical entomology UF/IFAS Extension specialist at the UF/IFAS Research and Education Center in Vero Beach. It also provides information on successful experiments of this technology in other parts of the world.

For example, genetically modified Aedes aegypti male mosquitoes were released in one city in Brazil for six weeks in 2012, explains Buckner.

“Brazil is the country with the highest number of dengue human cases and economic burden. The releases reduced the local Aedes aegypti population in that city by 95 percent,” said Buckner. “It is believed that the reduction in the mosquito population could have been large enough to prevent a dengue epidemic in the Brazilian city while the releases were taking place.”

As mosquitoes become more resistant to insecticides and expand their range due to globalization and environment change, UF/IFAS scientists and Florida’s mosquito control programs continue to address and seek research opportunities that are in the best interest of the environment, wildlife and human health. 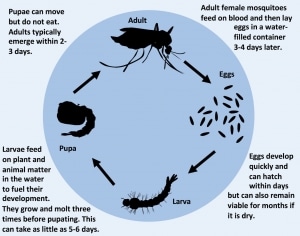