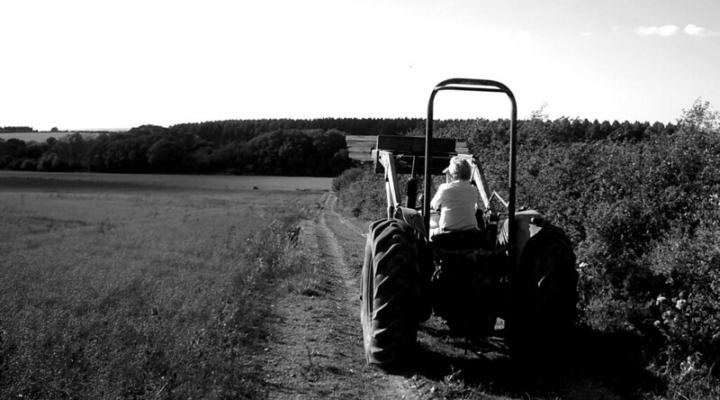 When some people think of a farmer, they conjure an image of a stoic, tough-as-nails figure – one who can cope with any hardship. But that’s not always the case, particularly when cold, heat, drought, disease or a natural disaster strikes their crop or cattle. (photo by Alex Watson, creative commons/flickr.com)

PETERSBURG, Fla — When some people think of a farmer, they conjure an image of a stoic, tough-as-nails figure – one who can cope with any hardship. But that’s not always the case, particularly when cold, heat, drought, disease or a natural disaster strikes their crop or cattle.

Sometimes, when a farmer or rancher’s livelihood is at stake, he or she may face the same mental health setbacks as those who work white-collar jobs or live in urban areas. But those in agricultural careers often work in rural areas. So, when they get stressed, their strife is exacerbated by the fact that mental health assistance may be an hour or two drive away.

To address these issues, the Southeastern Coastal Center for Agricultural Health and Safety (SCCAHS) met in St. Petersburg, Florida, on Sept. 27. There, researchers from around the country shared their latest findings of how stress and mental health issues are impacting agricultural workers, including those in farming, fishing and forestry.

UF/IFAS faculty members Tracy Irani and Angie Lindsey attended the conference. Irani hosted the forum, and Lindsey presented her findings after a year of helping people train those in the agriculture industry on how to deal with stress brought on by catastrophic storms, such as Hurricane Irma.

“We are members of the outreach core of the SCCAHS, and we bring expert research together to present findings on stress and resilience,” said Irani, professor and chair of the UF/IFAS department of family, youth and community sciences.

“We’re trying to look at what are some of the prevailing health and safety issues in agriculture are and then we will try to address those via research, teaching and Extension,” Irani said. “We hope we can help those who have been affected by an issue such as stress to develop a more positive outcome. That includes getting communities to come together to help each other out. We need to educate people on what they can do.”

At the SCCAHS meeting, researchers from across the country tried to identify strategies and policies to:

At the forum, researchers presented findings on  agriculture and community resiliency. In this case, “resilience” means a person’s ability to cope with, and overcome, negative factors that could lead to mental health issues, Irani said.

Those who work in agriculture face considerable stress, including financial uncertainty, family and relationship issues, social isolation, disaster, accidental injury and acute and chronic diseases that can affect their mental health, experts at the conference said.

Lindsey, a UF/IFAS assistant professor of family, youth and community sciences is also an affiliate faculty member of SCCAHS.

Among her many responsibilities, Lindsey serves the point person for the Extension Disaster Education Network (EDEN), a national organization of Extension educators who work to prepare communities for disasters.

After hurricanes Irma and Michael took a mental toll on many Floridians, including farmers, Lindsey spent much of the past year helping Extension faculty and staff, first responders and teachers, among others, help teach those coping skills to those who work in agriculture-related fields. The goal is to help them deal with the stress brought on by natural disasters.

While she taught those on the front lines how to help farmers after storms, Lindsey said it’s critical to keep the conversation going year-round. That way people can learn the coping skills they need before hurricanes and tropical storms strike.

“We have to address it early on, while the skies are still blue,” said Lindsey.

While the meeting has concluded, the research and conversations continue, Irani said. Toward that end, she expects evidence-based findings to be disseminated through the UF/IFAS Electronic Information Data Service (EDIS).

“We hope to learn a lot more in the next few years about how to help those who work in agriculture, and then we’d like to help them get the mental-health assistance they deserve,” Irani said.