Home / Florida / UF finds some nematodes like hemp
A new user experience is coming! We'll be asking you to login to your Morning Ag Clips account March 1st to access these new features.
We can't wait to share them with you! Read more here. 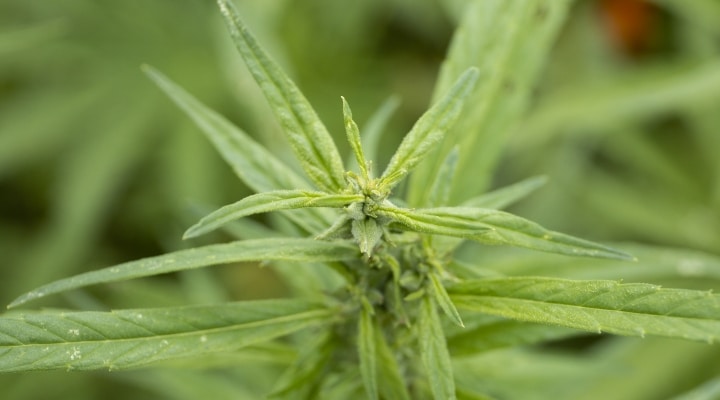 For two years, University of Florida scientists across the Sunshine State have studied whether hemp can serve as a viable alternative crop for Florida farmers. (photo Tyler Jones, UF/IFAS photography)

BALM, Fla. — For two years, University of Florida scientists across the Sunshine State have studied whether hemp can serve as a viable alternative crop for Florida farmers.

One of the first steps to determining the economic feasibility of any crop is managing its known and potential pests. For hemp, that includes nematodes. 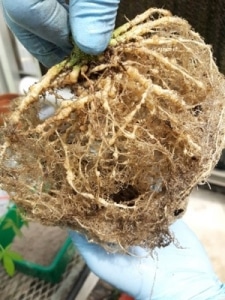 The worm-like nematode is ubiquitous in Florida, said Johan Desaeger, a UF/IFAS assistant professor of entomology and nematology.

That’s one reason one of his graduate students did her master’s thesis on the ability of certain hemp cultivars to “host” nematodes. As it turns out, hemp is adept at hosting the microscopic worms. In this case, serving as a good “host” is not an asset. It means that nematodes like to make homes out of hemp, and that can translate to damaging the plant.

In her recently defended thesis, Jacqueline Coburn, who will graduate with a master’s degree in entomology and nematology from the UF/IFAS College of Agricultural and Life Sciences in August, explored which hemp cultivars might be vulnerable to nematodes.

“Learning how to manage the problem is the next step,” Desaeger said. That will involve screening more hemp germplasm to find cultivars that might resist nematodes as well as looking into existing chemical and biological nematicides to reduce nematodes.”

In greenhouse trials, all hemp cultivars were good hosts for root-knot nematodes, although some cultivars, such as Cherry Blossom showed less root damage, said Desaeger, who supervised Coburn’s research.

“Our research shows that root-knot and reniform nematodes, especially, could pose a threat to hemp production in Florida,” Desaeger said. “More studies are needed to identify cultivars that are more resistant to these nematodes. Knowing the host preferences of nematode pests to hemp provides a better understanding of which hemp varieties are better suited for agricultural use in Florida.”

Specifically, researchers noticed negative effects – such as poor growth — on hemp when root-knot pressure was high. In most greenhouse tests, researchers add nematodes to pasteurized soil. In this test where they saw clear negative effects on growth, they used field soil from a highly infested cucumber field, Desaeger said.

Sting nematodes did not reproduce well on most hemp cultivars, except Tygra.

Scientists found a lot of root-knot nematodes on hemp in field trials in south, central and north Florida, especially in the second season.

Research on hemp and nematodes has been very limited globally and non-existent in Florida, so this research marks the first of its kind, he said.

“Whether or not hemp production in Florida will become a viable industry remains to be seen but finding effective ways to deal with nematodes will be necessary for its success,” Desaeger said. “UF/IFAS has a long and renowned history in studying nematodes and has the expertise and commitment to helping growers control these hidden and potentially devastating crop pests.”