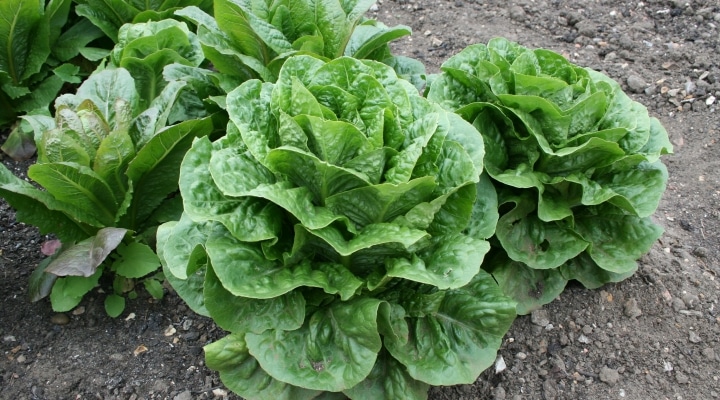 As the world wrestles with the coronavirus (COVID-19) pandemic, which arose after the virus jumped from an animal species to the human species, University of Delaware researchers are learning about new ways other pathogens are jumping from plants to people. (photo by UnconventionalEmma, Creative Commons/flickr.com)

NEWARK, Del. — As the world wrestles with the coronavirus (COVID-19) pandemic, which arose after the virus jumped from an animal species to the human species, University of Delaware researchers are learning about new ways other pathogens are jumping from plants to people.

Opportunistic bacteria — salmonella, listeria and E.coli, for example — often piggyback on raw vegetables, poultry, beef and other foods to gain entry into a human host, causing millions of foodborne illnesses each year.

But University of Delaware researchers Harsh Bais and Kali Kniel and their collaborators now have found that wild strains of salmonella can circumvent a plant’s immune defense system, getting into the leaves of lettuce by opening up the plant’s tiny breathing pores called stomates.

The plant shows no symptoms of this invasion and once inside the plant, the pathogens cannot just be washed off.

Stomates are little kidney-shaped openings on leaves that open and close naturally and are regulated by circadian rhythm. They open to allow the plant to cool off and breathe. They close when they detect threats from drought or plant bacterial pathogens.

Some pathogens can barge into a closed stomate using brute force, Bais said. Fungi can do that, for example. Bacteria don’t have the enzymes needed to do that so they look for openings — in roots or through stomates, he said.

Plant bacterial pathogens have found a way to reopen those closed stomates and gain entry to the plant’s internal workings, Bais said.

But now, in research published by Frontiers in Microbiology, Bais and Kniel have shown that some strains of the human pathogen salmonella have developed a way to reopen closed stomates, too.

“What’s new is how the non-host bacteria are evolving to bypass plant immune response,” Bais said. “They are real opportunists. They are absolutely jumping kingdoms….When we see these unusual interactions, that’s where it starts to get complex.”

Opportunities for pathogens arise as plants are bred to increase yield, often at the expense of their own defense systems. Other opportunities arise when a grower plants low-lying crops too close to a livestock field, making contamination easier.

Together and separately, Bais and Kniel and their collaborators have been looking at this plant problem from several angles for about five years.

Bais and Kniel have published multiple articles on these threats to the world’s food supply and have developed recommendations for increasing plant defenses.

Bais’ team, for example, developed and patented a beneficial microbe — UD1022 — to protect and strengthen plant root systems. That microbe has been licensed by BASF and is incorporated into an increasing variety of applications. Testing done as part of their new publication showed that roots inoculated with UD1022 — through watering and irrigation — could provide protection from these opportunistic bacteria.

Kniel said she was surprised to see that UD1022 kept some mutants from getting into the plant.

“There is a lot of hope for biocontrols,” she said.

Kniel’s team and collaborators from the U.S. Department of Agriculture and several other universities in the Mid-Atlantic region, recently published new findings in PLOS One analyzing the pathogenic content of irrigation methods that draw from waterways, ponds and reclaimed water.

Those are pre-harvest perils. The post-harvest dangers come more from hygiene practices of workers on the conveyor belts that move these products to market.

Many companies run leafy greens through water treated with appropriate sanitizers and may consider ozone or ultraviolet treatments to address surface bacteria. They can’t see or treat human pathogens that already have gotten into the leaf.

“The food industry works tirelessly to make the product as safe as they can,” Kniel said. “But even then, we are growing these products outside, so they’re accessible to wildlife, wind, dust and water that may transmit microorganisms. It’s a tough situation.”

Nicholas Johnson, a graduate student in Bais’ lab, did painstaking work to examine how stomates on spinach and lettuce responded to applications of salmonella, Listeria and E.coli — three human pathogens that leave no apparent fingerprints, no way to see that they have infected a plant. He recorded the size of the stomate openings — called the aperture — for hundreds of stomates on each sample leaf.

He counted these sizes every three hours after the bacteria were applied.

“He had to sit under a microscope and count the aperture sizes,” Bais said. “And he has to be meticulous.”

He found some troubling results. The salmonella strain was reopening the stomates.

“Now we have a human pathogen trying to do what plant pathogens do,” Bais said. “That is scary.”

It would be especially scary, Bais said, if it were to occur in a “vertical” farm, where plants are grown in vertical rows hydroponically.

“These are wonderful systems,” Kniel said. “But there needs to be a lot of care within the system to control the water and interactions with people. There has to be a lot of handwashing. I work with a lot of growers to make sure they have ‘clean’ breaks and are sanitizing properly. When you do that, you have fewer products to recall.”

But the dangers are real.

“The industry is working hard on this,” Kniel said. “They are some of the most passionate, dedicated people I have ever met. But outbreaks happen.”

“And if this hits vertical farms, they don’t lose a batch,” Bais said. “They lose the whole house.”

The collaboration has drawn on a wide range of expertise, giving researchers insight into many angles of the problem.

“This project [with Bais] has mutant salmonella strains and that allows us another angle on the molecular biology side,” Kniel said. “The individual mutations are important for the salmonella structure and the regulation of stress. We can see the ability of the salmonella to internalize into the plant. When we used mutant strains we saw big differences in the ability to colonize and internalize — and that’s what consumers hear a lot about. You are not able to wash it off.

“We can also look at which genes or part of the organism might be more responsible for the persistence on the plant – making it last longer and stronger. That is so important when you think of food safety issues.”

Among the other questions researchers are asking:

The study of irrigation water in the Mid-Atlantic region of the United States was done in collaboration with “Conserve,” a Center of Excellence that includes researchers from the U.S. Department of Agriculture and the University of Maryland.

“We’re looking at where growers get their water from and what they are doing to make sure it is microbially safe,” she said.

Some of the water is reclaimed after it was used to wash other crops. Some comes from waterways and ponds. The team took a series of samples over a two-year period, testing for salmonella, listeria, E.coli, viruses and protozoa.

“Water has been shown in multiple outbreaks to be a potential risk of contamination,” Kniel said. “This paper is important because it is identifying the risks of ponds, rivers and reclaimed water as well as discussing what growers  could do and how to treat water. A lot of growers are happy to use the technology as long as it is cost-effective and reliable and can be used for fresh produce.”

About the Researchers
Harsh Bais is associate professor of plant biology in the University of Delaware’s College of Agriculture and Natural Resources and affiliated with the Delaware Biotechnology Institute. He earned his doctorate in plant biotechnology at the Central Food Technological Research Institute in India and did postdoctoral work in root biology at Colorado State University. Kali Kniel is a professor of microbial food safety in the same college. She earned her doctorate in food microbiology from Virginia Tech University and did postdoctoral work with the U.S. Agricultural Research Service. Also contributing to these publications were recent UD master’s degree graduates Nicholas Johnson, Samantha Gartley and Adam Vanore, postdoctoral researcher Pushpinder Litt and doctoral students Shani Craighead and Brienna Anderson-Coughlin