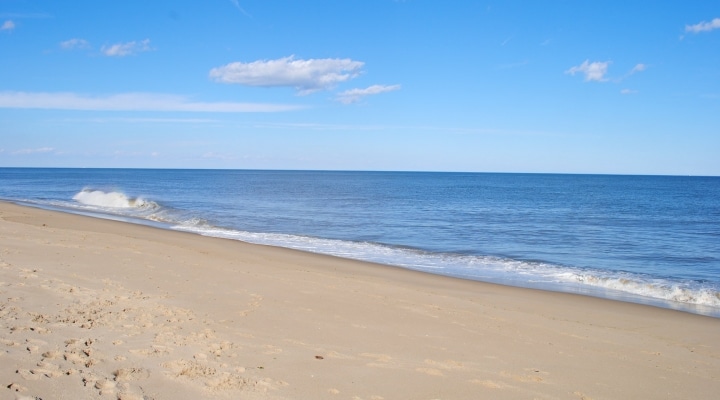 When Christine Hirt was named a John A. Knauss Marine Policy Fellow for 2019, she never thought that by the end of her tenure, she would have experienced opportunities such as traveling to Hawaii or getting to draft a chapter in a report to the President of the United States. But that’s exactly where she found herself as she wrapped up her time as a Coastal Policy Analyst for the National Oceanic and Atmospheric Administration’s (NOAA) Office of Coastal Management. (photo by Lee Cannon, creative commons/flickr.com)

NEWARK, Del. — When Christine Hirt was named a John A. Knauss Marine Policy Fellow for 2019, she never thought that by the end of her tenure, she would have experienced opportunities such as traveling to Hawaii or getting to draft a chapter in a report to the President of the United States. But that’s exactly where she found herself as she wrapped up her time as a Coastal Policy Analyst for the National Oceanic and Atmospheric Administration’s (NOAA) Office of Coastal Management.

Working within the Office of Coastal Management’s Division of Policy, Planning and Communications, Hirt said that the best way to describe the work she’s done over the past year is as an inch deep and a mile wide.

“I work on anything policy related to our office, and that could be new executive orders, new initiatives that our office is working on, different legislative analysis for our office or things that are related to coastal management,” said Hirt. “I also work on talking points and speech writing for leadership, both in our office and then leadership in NOAA.”

She also helped to plan congressional visits to the National Estuarine Research Reserves, a network of 29 coastal sites designated to protect and study estuarine systems, where members of Congress are able to visit and see research that is being done in picturesque locations.

The Knauss Fellowship provides a unique educational experience in the policies and processes of the federal government to graduate students who have an interest in ocean, coastal and Great Lakes resources and in the national policy decisions affecting these resources. Fellows are matched with hosts in the legislative and executive branches of government located in the Washington, D.C. area. Applications for the 2021 fellowship are being accepted until Feb. 21.

Hirt said that some of her fellow Knauss Fellows have been placed in positions where they work on one big project or report over the course of their year with the program, but she has enjoyed being able to work on a variety of different projects.

“What I really like about my position is how broad it is and how I’ve been able to have my hands in a whole lot of different places throughout the year,” said Hirt.

That included getting to travel to Hawaii to present at the OceanObs’19 international conference that happens only once every decade. Hirt shared a new web-based tool developed by the Office of Coastal Management called OceanReports.

It also included getting to draft a chapter in a report that will ultimately land on the desk of the president.

“It was a draft of a chapter that I’m sure will go through lots of different reviews and up many different chains for a while before it’s ever published,” said Hirt. “But just to draft that for the leadership in my office, that was pretty cool to be able to say that I wrote something that’s going to be in a report to the president.”

Coastal policy interest
Hirt’s interest in coastal policy began as an undergraduate studying environmental science. Originally, she thought that she’d be more interested in geology and meteorology, but as she progressed through her undergraduate work, she realized that she was more interested in the social sciences and exploring how government shapes policy and how those decisions affect people.

Hirt said she was fortunate to have a great cohort of fellow students, advisors and professors in her master’s degree in Marine Policy program, adding that all of them taught her a lot about marine policy and solidified her interest in the field.

Within the Knauss Fellowship, Hirt was able to get hands-on experience that has only strengthened her resolve to work in policy.

“When I went to Knauss, I knew that policy was definitely the area I wanted to go into so it helped solidify it. It’s one thing to study policy, but being thrown into federal policy and decision-making processes is totally different and an interesting and useful experience,” said Hirt.

Getting exposed to the broad array of people working on projects within different agencies has been eye-opening to Hirt, as has the opportunity to see how inter-agency communication works and how different agencies interact with one another.

Meeting the 59 other Knauss Fellows has also been a highlight for Hirt, as they are all in the same age group, on the same career path, and are all interested in similar topics, which they approach with the same amount of energy and excitement.

She also said that it has been great as a person who is early in her career to see different leadership styles throughout the agency.

“Within NOAA, there’s so many varying personalities and leadership styles and opportunities to find mentors, and I think that’s been really valuable too,” said Hirt. “I’ve been able to do a lot of shadowing with people and getting coffee with people, which has been an opportunity that I think is unique to the Knauss Fellowship. So many other people who currently work at NOAA have been Knauss Fellows in the past and so they get it and they want to talk to you. So I think that’s really a huge value.”

Time to Apply
Applications are being accepted through Feb. 21 for 2021 Dean John A. Knauss Fellowships in Marine Policy. Interested graduate students enrolled at the University of Delaware or any Delaware institution can find more information and learn how to apply at https://www.deseagrant.org/knauss-fellowship.

Updated U.S. climate data shows rise in average temperatures across most of the nation
May 16, 2021