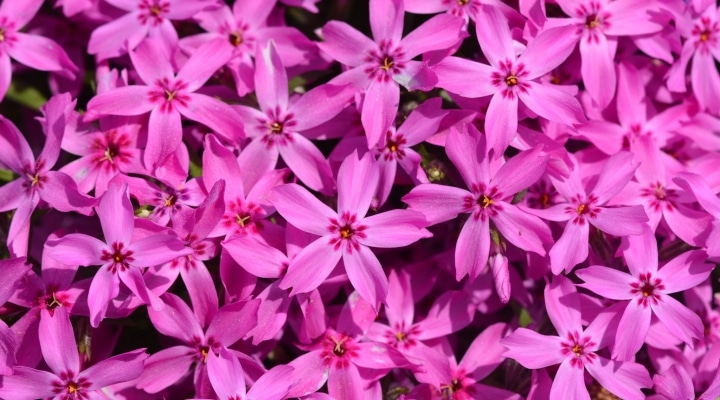 Some of the enchanted plants you’ll find thriving within the University of Delaware Botanic Gardens, or UDBG. The prismatic space—boasting a collection more than 4,000 species strong—will celebrate its 30th anniversary in 2022. (photo by Delaware Cooperative Extension, creative commons/flickr.com)

NEWARK, Del. — Want to see the devil’s walking stick? Go past the princess tree. Hang a left when you hit the pink starcluster.

No, these are not the fantastical props of a wizarding film or video game, but, rather, some of the enchanted plants you’ll find thriving within the University of Delaware Botanic Gardens, or UDBG. The prismatic space—boasting a collection more than 4,000 species strong—will celebrate its 30th anniversary in 2022. And, while the specimens here might not hold any real magic, they do cast a spell. Just ask the hordes of annual visitors who’ve witnessed the architectural beauty of a century-old Japanese maple, the flaming red trunk of a tall stewartia or the charming, warty capsules of a hearts-a-bustin’ shrub. Over three decades, tens of thousands of domestic and international guests have been thrust into greater identification with one crucial and oft-forgotten truth.

“It’s plants that make life possible on Earth,” says John Frett, professor emeritus and first formal director of the gardens. “If we do not study them, how can we expect to survive?”

The idea for UDBG started not as some grand strategic plan, but, fittingly, as a seed. In the late 1950s, faculty within the University’s plant and soil sciences department knew their lessons would be more effective if students could see specimens not only on the two-dimensional page of a textbook, but in all their real, lush, three-dimensional glory. Led by Profs. Dick Lighty and the late Charles Dunham, they planted various species on South Campus, across from where UDairy Creamery exists today.

Fast forward to 1973. That year, a donation from a UD alumna allowed for the creation of something a bit more formal: the eponymous Emily B. Clark Garden. This holly and evergreen-rich spot was built using soil turned up during the construction of Smith Hall, and “it had cinder blocks and bricks and all sorts of things in it,” Frett says. In 1992, with the addition of a herbaceous garden to the landscape, UD administrators officially recognized the blooming area as the University of Delaware Botanic Gardens.

Even with this endorsement, Frett had to remain vigilant in protecting the space from well-intentioned officials more focused on the University’s nonbotanic development. On two occasions during UDBG’s infancy, once during the installation of a gas line and once during the installation of a water line, “I basically plopped myself down in front of a backhoe,” Frett says. “They showed up with orders to dig right through the garden, so I held up the process until we could work through alternatives.”

Today, UDBG comprises 12 gardens across 15 acres, with specimens that originate from three continents. Some species are familiar (hello, sunflowers) while others are fantastically rare. In a designated test area, new annual and perennial varieties are trialed as part of a national effort to determine which plants ultimately end up for sale at your local garden center. And the Wuyan snowbell, shipped over by a former graduate student from the banks of the Yangtze River in China, is the only tree of its kind in the U.S.

“This place is a diamond in the rough,” says horticultural manager Andrew Adams, ANR17. “When people think of gardens around here, they think of Longwood or Chanticleer, and those are great—don’t get me wrong. But if you see what UDBG has going on, you realize: This isn’t anything to slack on. We may lack the resources of a Longwood Gardens, but we make up for it in willpower, determination and love of the game.”

The gardens are maintained by a skeleton crew of one staff member and five interns, plus an army of passionate volunteers—one woman drives from Philadelphia three times per week all summer just to prune and deadhead. But the scrappy character of the arboretum (why, yes, that blue bench near the petunias has been upcycled from the Blue Hen football stadium) belies the serious work that goes on amidst the foliage.

“We are the outdoor laboratory,” says Valann Budischak, BE84, interim director of UDBG. “We open the doors in every way, shape and form for education.”

In addition to a robust lineup of lectures and workshops for the general public as well as green industry professionals, UDBG supports the learning of up to 30 class sections in a given semester, ranging from entomology to art to landscape architecture. When he was an undergraduate studying the latter, the gardens allowed Connor Armstrong, ANR20, to apply his classroom learning in a real-world setting. He designed a new plant showcase area, a project that boosted not just his skillset, but his professional confidence: “It’s a great sense of accomplishment being able to come back and see the growth of that space every year,” says Armstrong, now working for a residential landscaping company in northern Delaware. “My experience changed me as a designer and also a person.”

“We use this work to convince people: If you’re going to plant trees to counteract the damage we’ve done to this world, they have to be the right ones,” he says. “Otherwise, it’s just disastrous.”

But even more than a hub of research, UDBG is a place for community. Without a gate or an admission fee, the gardens regularly draw green-thumbed enthusiasts as well as plant ignoramuses in need of fresh air or a moment of calm. Regular sightings include kids with butterfly nets, students with ice cream cones, families with picnic baskets and that one guy who takes a 2 p.m. stroll so predictable, “you can set your watch by it,” Budischak says.

As for what’s drawing them in, that may be down to an innate, primal impulse.

“Our caveperson ancestors were in tune with their surroundings in order to survive—they had to know, for example, which berries were safe to eat,” says Susan Barton, horticulture professor who uses the gardens in her landscape design courses. “One theory posits the reason modern humans feel so fulfilled when we make a connection to the natural world is that we have not lost this need to know where the berries are. That’s still in our genes.”

It has long been established that time in nature lowers the risk of everything from diabetes to cardiovascular disease to premature death. One groundbreaking study out of UD found that hospital patients recover faster when their view from bed is leafy and green. But the visceral experiences of UDGB—-getting caught in a snowglobe of butterflies along the lepidoptera trail, admiring the colorful whimsy of a pineapple lilly display, catching a whiff of the vanilla-scented holly olive from 30 feet away—-are not just beneficial physically, Barton says: “These things are restorative for the psyche.”

Consider an uptick in visitors to the gardens during the early, uncertain days of the COVID-19 pandemic, when bursting magnolias and broad-leaved evergreens helped mitigate a constant, low-hum of anxiety.

“This place offers peace and quiet,” Adams says. (Or, that is, it offers mostly quiet… the occasional overhead catbird fight can get comically squawky). “It’s a space without politics or news pandemonium, a place where you can look at pretty things and think simple thoughts all the way through. If we lose green spaces like this, we’re left with parking lots. And who wants to walk through a parking lot?”

Adams, who began his UDBG tenure in 2016 as an intern, started out working in the gardens because, well, he needed a job. But weeding, mulching and hauling 100-pound bags of potting soil quickly became much more than a paycheck. Today, he has developed a passion for propagating plants like that rare Wuyan snowbell — in other words, he’s using cuttings from the specimen to create miniature cloned versions that will be sold at an annual plant sale in April, an event that generates a significant portion of UDBG’s operating budget.

“I have definitely found myself talking to the plants, especially when I’m trying to get them pruned up and they aren’t cooperating,” Adams says. “After a while, you do start to think of them like your kids.” (He’s not the only one. When a new crop of UDBG interns recently lost a beloved plant in the hibiscus family that they affectionately called Sharon, they organized a mini funeral.)

Bob Lyons, professor emeritus and former director of the Longwood Graduate Program in Public Horticulture, has witnessed a number of these plant-human relationships play out at UDBG.

“It’s an emotional thing,” he says. “Occasionally, someone will point and say: ‘That is my mother’s favorite, and she is no longer with us.’ To touch people in this way—to help them feel that connection—it’s a really personal and unusual thing that plants can do.”

The Botanic Gardens aren’t done growing yet. As part of a master plan, UDBG hopes to more fully integrate in the coming years with the University’s South Campus while creating habitat for important species in nature—including humans. Proposals include additional areas for studying, congregating and enjoying.

The goal is to spend the next 30 years opening as many eyes as possible to the perennial enchantment of the gardens. According to Budischak, it is a magic less to do with the plants themselves, and more about the self-awareness they afford.

“This place grounds you,” she says. “It serves as a great reminder: We are all just small cogs in this truly beautiful wheel.”