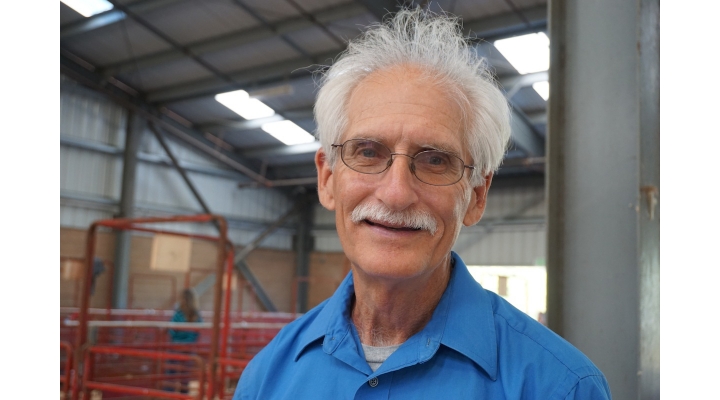 "My position has involved a lot of different jobs," Roger Ingram said. "That's the strength of UC Cooperative Extension. When new issues emerge, you can shift the program." (Courtesy Photo)

DAVIS, Calif. — UC Cooperative Extension livestock and natural resources advisor Roger Ingram will retire June 30 after 31 years of efforts to sustain the ranchers and rangelands of Nevada and Placer counties.

Ingram joined Nevada County UCCE in 1986 after serving for three years as an extension agent with Texas A&M University, his alma mater. During his first seven years in Nevada County, Ingram also had a role with the 4-H Youth Development program, which he gave up in 1993 when he began working with Placer County ranchers. In 2007 Ingram also accepted the role of UCCE county director in Placer and Nevada counties.

Ingram had a long career with UCCE, but the focus was constantly evolving to meet the changing needs of the community.

“My position has involved a lot of different jobs,” Ingram said. “That’s the strength of UC Cooperative Extension. When new issues emerge, you can shift the program.”

Early on, Ingram devoted his attention to grazing management. When research began to show the benefits of low-stress livestock handling, Ingram brought in experts from around the country to provide hands-on demonstrations. Local ranchers learned that low-stress techniques were easier and safer for handlers and reduced livestock injuries, which helped the bottom line.

Since maintaining profitability was a key to keeping land and ranchers in the agriculture business, Ingram worked actively on numerous programs to boost revenues. One such effort was producing niche products, like grass-fed beef, which offered the potential for higher economic return to the ranch. In time, Ingram and a consortium of growers Ingram brought together helped form High Sierra Beef to market area ranchers’ high-quality specialty meat to local restaurants, stores and families. In time, one of the board members bought the company and still operates it today.

Beginning farmers and ranchers, and a new generation land holders were a priority for Ingram’s educational program. In 1992, he and fellow livestock advisor Dave Pratt created the California Grazing Academy – an intensive three-day training program that has continued to provide innovative grazing information to farmers, ranchers and land management professionals for 25 years. To date, more than 665 individuals have attended and now manage over a million acres of rangeland.

“At the Grazing Academy, our emphasis was on experiential learning,” Ingram said. “We spend 50 or 60 percent of the time in the field, working with cattle, designing fences, drought planning and studying ecology.”

When the similar need among goat producers became apparent, Ingram launched the California Browsing Academy in 2003. This later became the California Multi-Species Academy as interest in sheep production grew in the foothills. Modeled on the grazing academy, the multi-species academy also had an emphasis on experiential learning to reinforce classroom instruction.

Ingram became more focused on soil health in range and irrigated pasture later in his career. He said soil health is an area where more research is needed to understand the grazing management principles that will improve the soil and provide ecosystem services, such as carbon sequestration.

Ingram’s contributions to supporting small-scale ranchers was recognized when he was presented with the Pedro Ilic Award for Outstanding Educator in 2013. The award is named for a Fresno County small farm advisor whose untimely death in 1994 prompted the small farm program to annually honor those who carry out his legacy of personal commitment to small-scale and family farming. In 2014, Ingram received the William Nickerl Award for Conservation Leadership from the Bear Yuba Land Trust.

Dan Macon, a Placer County sheep producer who most recently served as an assistant rangeland specialist at UC Davis, will succeed Ingram as livestock and natural resources advisor in Placer and Nevada counties beginning July 1. Cindy Fake, the UCCE horticulture and small farms advisor in Placer and Nevada counties, will take on Ingram’s county director duties.

The University of California has conferred on Ingram the honor of emeritus status. For the time being, he plans to stay in Placer County and will help with beginning farmer and small business planning programs.

In retirement, Ingram will work with his own sheep and Border Collie sheep dogs. He will also be training to walk all or part of the 500-mile-long Camino de Santiago (The Way of St. James) in Spain in 2018 or 2019. He said he will take time to travel and looks forward to watching lots of major league baseball games.