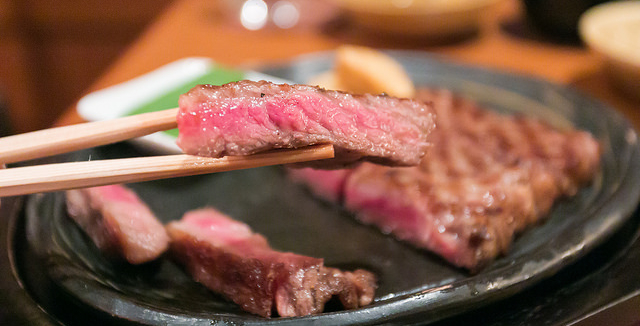 “I am concerned that an increase in Japan’s tariff on frozen beef imports will impede U.S. beef sales and is likely to increase the United States’ overall trade deficit with Japan,” Perdue said in a statement.

Perdue was referring to a tariff increase to 50 percent from 38.5 percent starting in August on frozen beef imports from countries that do not have a free trade agreement with Japan, a measure Japanese officials said is in response to a recent surge in imports.

“This would harm our important bilateral trade relationship with Japan on agricultural products,” he said.

U.S. exports of beef and beef products to Japan totaled $1.5 billion last year, making it the United States’ top market, according to the U.S. Agriculture Department.

Perdue said he has asked the Japanese government “directly and clearly” to “make every effort” to address Washington’s concern about the so-called safeguard tariffs that Tokyo will introduce for the period from Aug. 1 to March 31.

The measure does not affect Australia, a major beef exporter that has an FTA with Japan.

Soon after his inauguration in January, President Donald Trump withdrew the United States from the Trans-Pacific Partnership, a pending regional FTA that — once implemented with U.S. participation — would have reduced Japan’s 38.5 percent tariff on fresh and frozen beef cuts to 9 percent over 16 years.

The Trump administration could take up the emergency tariffs during the second round of a high-level economic dialogue the Japanese and U.S. governments are planning to hold in October in Washington.

With Trump criticizing Tokyo’s hefty trade surplus with Washington, his administration may push Japan to drop the safeguard tariffs and call for the start of negotiations for a bilateral FTA.

Japan has decided to impose emergency tariffs after frozen beef imports reached 89,253 tons in the April-to-June quarter, up 17.1 percent from a year earlier.

Under World Trade Organization rules, Japan can introduce safeguard tariffs when imports grow more than 17 percent in a quarter on a year-on-year basis.