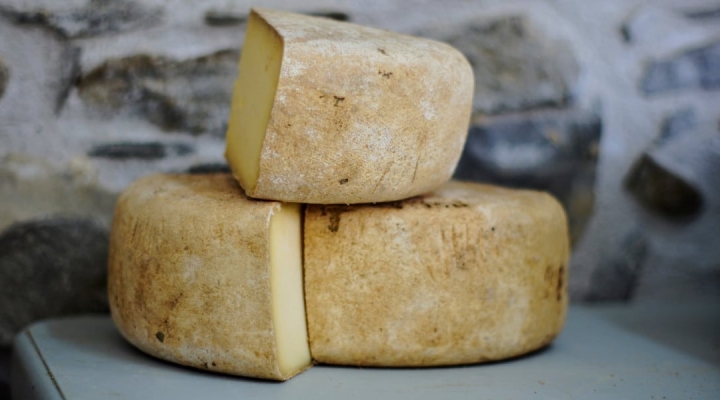 This annual report outlines global challenges on intellectual property issues and describes in detail the European Union’s (EU) campaign to eliminate competition by restricting the use of common food and beverage terms, such as “parmesan,” “bologna” and “chateau.” (Photo by Alexander Maasch on Unsplash)

ARLINGTON, Va. — The Consortium for Common Food Names (CCFN), U.S. Dairy Export Council (USDEC) and National Milk Producers Federation (NMPF) today welcomed the U.S. Trade Representative’s prioritization in this year’s Special 301 Report of the importance of preserving U.S. food and beverage producers’ market access rights in the face of persistent efforts by the European Union (EU) to misuse geographical indications (GIs) and create non-tariff barriers to trade in markets around the world. The report follows detailed comments on the global scale of various common name threats submitted in January by CCFN and supported by USDEC and NMPF.

This annual report outlines global challenges on intellectual property issues and describes in detail the European Union’s (EU) campaign to eliminate competition by restricting the use of common food and beverage terms, such as “parmesan,” “bologna” and “chateau.” The EU’s strategy, active in numerous countries around the world, erects unfair barriers to trade that negatively impact non-EU exporters relying on common food names, as illustrated by USTR’s report which noted, “As part of its trade agreement negotiations, the EU pressures trading partners to prevent any producer, except from those in certain EU regions, from using certain product names, such as fontina, gorgonzola, parmesan, asiago, or feta. This is despite the fact that these terms are the common names for products produced in countries around the world.”

“We whole-heartedly agree with USTR about the harm imposed by the EU’s deliberate restriction of generic food and beverage terms in markets around the world,” said Jaime Castaneda, executive director of CCFN. “USTR’s Special 301 report should serve as a foundation upon which the administration can build a more proactive and focused global campaign of its own to counteract the EU’s long running efforts. U.S. farmers and food producers, and others around the world, deserve the chance to compete fairly in export markets.”

“The U.S. government has accurately diagnosed the EU’s deliberate global strategy of cloaking nontariff trade barriers as ‘GIs’ so that it doesn’t have to compete head-to-head in common product categories with U.S. food producers,” said Jim Mulhern, president and CEO of NMPF. “By deploying all of the tools at its disposal, including use of existing U.S. FTAs, the upcoming IPEF talks and TIFAs, the administration can take strong action to establish concrete market access protections with our trading partners around the world. The time for this is now and we stand ready to support those proactive efforts on behalf of American farmers.”

“Because we export the equivalent of 17% of U.S. milk production, trade barriers like bans on the use of common cheese names have profound consequences for the entire American dairy industry, from the many small and medium-sized family-owned companies to farmer-owned cooperatives and the workers employed there,” said Krysta Harden, president and CEO of USDEC. “U.S. dairy farmers and cheesemakers only want a fair shot at sharing their high-quality, sustainably produced products with consumers around the globe. By doubling down on combating global restrictions on the sale of common name products, USTR can defend opportunities for American-made products internationally and the jobs they support here at home.”