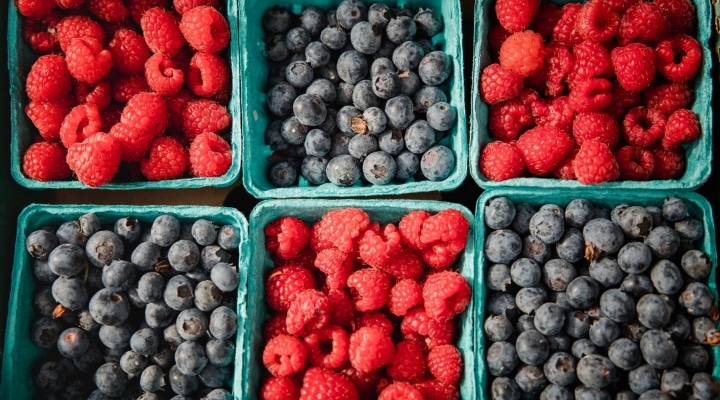 U.S. Trade Representative Robert Lighthizer served notice last week that the Trump administration fears domestic raspberry and blueberry producers are being unfairly harmed by what they call a recent increase in berry imports from Canada and Mexico. (Photo by Jason Leung on Unsplash)

U.S. Trade Representative Robert Lighthizer served notice last week that the Trump administration fears domestic producers are being unfairly harmed by what they call a recent increase in berry imports from Canada and Mexico.

Lighthizer asked the U.S. International Trade Commission to investigate whether domestic farmers, who are feeling the pinch from the COVID-19 pandemic, are being hurt by an increase in foreign competition.

“President Trump recognizes the challenges faced by farmers across the country,” Lighthizer said in a recent statement.

Ordering a USITC investigation, which Lighthizer also did on raspberry imports earlier this year, “is just one of a number of steps the administration is taking to support American producers of seasonal and perishable agricultural products.”

Blueberry imports from Mexico appear to be the primary concern. But Canadian producers know all too well that they stand to be side-swiped.

The B.C. Blueberry Council was obliged to retain legal counsel as a result of the USITC investigation, said executive director Anju Gill, who nonetheless is holding out hope that common sense will prevail.

Canada is the world’s single largest importer of fresh American blueberries by a wide margin, said Gill, but remains far from the single largest supplier to the U.S., well back of Chile and Mexico.

Even so, 98 per cent of Canada’s exports go to the United States.

“It’s been a very close working relationship between the U.S. and Canada,” she said.

“In that sense, we would like to continue with that type of working relationship and trade. But we’ll see what happens with this.”

Members of Congress from Maine, which is home to the bulk of the country’s wild-blueberry industry, went to bat last month for their Canadian counterparts to pre-empt a fresh batch of U.S. tariffs.

Maine’s blueberry processing industry depends on bulk imports from Canada, the group wrote in a Sept. 17 letter to Lighthizer.

“We urge you to consider the importance of Canadian wild blueberry imports to the viability of Maine’s blueberry industry,” reads the letter.

Processors use excess capacity in their systems to turn those perishable berries into frozen products ready for distribution and sale, the members write.

“These bulk imports do not harm Maine’s domestic growers of wild blueberries, but rather these operations allow many of Maine’s blueberry businesses to survive.”

Maine produces an average of more than 83 million pounds (about 38 million kilograms) of wild blueberries each year, an industry that the lawmakers say contributes US$250 million annually to the state in direct and indirect economic activity.

It’s the second time this year that Lighthizer has sent up a flare about foreign berry imports.

In April, he specifically mentioned Canada in a similar request for an investigation by the USITC, this one based on what raspberry producers and processors in the state of Washington allege are “unfair practices” by foreign suppliers.

“They have also raised concerns with increased pesticide residue violations of imported product, and with misleading labelling of frozen mixed-berry packs imported from Canada, which do not accurately identify the source of raspberries in the pack.”

The fresh concerns about Canadian exports to the U.S. extend beyond the berry farm.

During hearings earlier this summer into the foreign perils faced by U.S. producers of seasonal and perishable goods, the USTR got an earful about what at least one witness described as the dumping of Canadian produce.

“New York Farm Bureau members have concerns regarding unfair trade practices by Canada regarding the sale of fruits and vegetables into the U.S.,” the group’s president David Fisher testified.

Fisher, a dairy farmer, likened the complaints to those long voiced by U.S. milk producers who struggled to compete with counterparts in Canada’s supply-managed dairy industry, a central issue in the trade talks that produced the U.S.-Mexico-Canada Agreement.

Onion producers, for instance, “have reported that over the past 10 years or more, imported Canadian onions have flooded domestic United States markets at prices that make little to no sense from a cost-of-production perspective,” he said.

Gill said as far as the collective interests of farmers, producers and processors are concerned, another cross-border fight is needless ⏤ particularly if it comes to involve tariffs, Trump’s preferred trade truncheon.

“To defend, to fight this, all the importing countries as well as the U.S. will be paying millions of dollars in legal fees and economists and all that,” she said.

“At the end of the day, is this going to help the overall blueberry industry? That’s questionable.”

This report by The Canadian Press was first published Oct. 5, 2020.