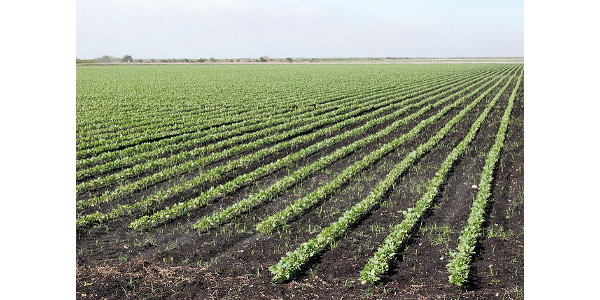 Rows of sugarcane growing in Florida. (Josh Hallett via Flickr)

WASHINGTON — America’s sugar farmers and producers Thursday informed the Department of Commerce (DOC) that they support the agreement to bring Mexico’s subsidized sugar industry into compliance with U.S. trade laws. The pledge was made after DOC tightened the agreement.

“We’ve had productive conversations with Commerce Secretary Wilbur Ross over the past week, and we recognize that he is 100 percent dedicated to ending the job loss and injury caused by Mexico’s predatory trade practices,” said Phillip Hayes, a spokesman for the American Sugar Alliance. “America’s sugar producers applaud his tireless efforts to address Mexico’s violations of U.S. law, his unwavering support of U.S. sugar farmers and workers, and his commitment to strong enforcement of U.S. trade laws and trade agreements.”

In addition to meeting with Secretary Ross, sugar farmers and producers also spoke with Sonny Perdue, Secretary of the U.S. Department of Agriculture. Hayes explained that Secretary Perdue recognizes the damage caused by Mexico’s unfair trade practices, and the industry is confident he will manage U.S. sugar policy effectively and ensure Mexico doesn’t continue to wreck the market with unfair trade.

“As President Trump has said repeatedly, trade agreements and U.S. trade laws don’t work without strong enforcement,” Hayes said. “For too long, Mexico was allowed to sidestep our trade laws, but those days are over. Thanks to the efforts of leaders like Secretaries Ross and Perdue, our trade laws will be enforced, the U.S. market should return to a level playing field, and U.S. farm and producer jobs will be saved from unfair Mexican trade.”

The U.S. government found Mexico guilty of violating America’s antidumping and countervailing duty laws after it flooded the U.S. market with subsidized sugar in 2013 and 2014. But an agreement struck between the governments in late 2014 to stop Mexico’s unlawful acts did not work, and U.S. producers lost billions of additional dollars as Mexico continued its unfair trade practices.

“America’s sugar farmers and producers look forward to working with President Trump, Secretary Ross, and Secretary Perdue to ensure the new pact is strongly enforced,” Hayes concluded. “It’s important that the suspension agreements work as intended this time to completely eliminate the injurious effects of dumped and subsidized sugar from Mexico and support the operation of U.S. sugar policy.”