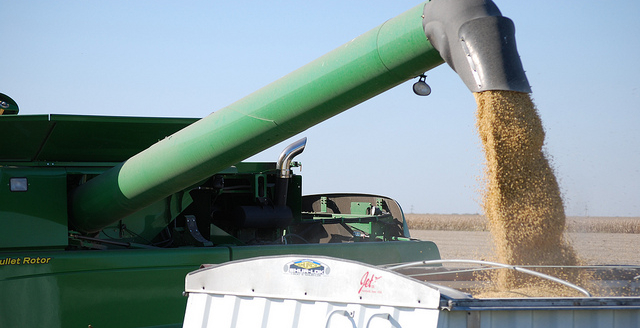 ST. LOUIS — Farmers face pressures to reduce input costs, fight herbicide and fungicide resistance, and continuously improve the sustainability of their crop. Globally, oilseed-producing nations face similar challenges. Biotechnology acceptance, while currently a challenge itself, can help farmers across the globe deliver on demands efficiently and sustainably. Access to new technologies enables farmers to meet the evolving demands of agriculture.

The goal was for each participating country to share perspectives on key issues, including international trade and the global regulatory environment for new breeding technologies. Through robust dialogue to address common challenges, these countries are working together to meet the needs of the future.

“The future demands innovation from U.S. soy,” says United Soybean Board Chair and Ohio soybean farmer John Motter. “IOPD provided a chance for the soy checkoff to discuss its research and marketing efforts to advance the technologies available to U.S. soybean farmers, including high oleic soybeans. These efforts help to continuously improve the meal, oil and sustainability of U.S. soy, which builds preference for our crop and increases our profit opportunities.”

International Trade and Market Expansion
Creating and marketing new technologies are the first steps in bringing innovation to the table. While U.S. soybean farmers take advantage of innovations in the field, their checkoff works to maintain and grow international markets overseas. International markets for U.S. soy are critical due to the high percentage of U.S. soy exported each year.

In addition to building international markets, U.S. soy needs market access for trade. IOPD provided a chance for U.S. soy delegates to discuss international trade dynamics and build relationships with like-minded organizations from around the world.

“Coordinating with fellow oilseed producer groups around the world can really pay dividends, especially on international trade and market access issues,” says American Soybean Association President and Illinois soybean farmer Ron Moore. “Our work at this meeting to discuss shared goals and plans regarding how new plant breeding technologies such as gene editing might be regulated around the world, as well as how market access can be expanded, is very timely.”

For assets and more information about U.S. soy and IOPD, please visit http://unitedsoybean.org/media-center/international-oilseed-producers-dialogue/.

About the United Soybean Board (USB)
USB’s 73 farmer-directors work on behalf of all U.S. soybean farmers to achieve maximum value for their soy checkoff investments. These volunteers invest and leverage checkoff funds in programs and partnerships to drive soybean innovation beyond the bushel and increase preference for U.S. soy. That preference is based on U.S. soybean meal and oil quality and the sustainability of U.S. soybean farmers. As stipulated in the federal Soybean Promotion, Research and Consumer Information Act, the USDA Agricultural Marketing Service has oversight responsibilities for USB and the soy checkoff. For more information on USB, visit www.unitedsoybean.org.

About the U.S. Soybean Export Council (USSEC)
USSEC aims to maximize the use of U.S. soy internationally by meeting the needs of global customers that use U.S. soy in human food and feed for poultry, livestock and fish. The organization uses a global network of stakeholder partnerships, including soybean farmers, exporters, agribusinesses, agricultural organizations, researchers and government agencies, to accomplish that mission. For more information on USSEC, visit www.ussec.org.

About the American Soybean Association (ASA)
ASA represents all U.S. soybean farmers on domestic and international issues of importance to the soybean industry. ASA’s advocacy efforts are made possible through voluntary farmer membership by farmers in 30 states where soybeans are grown. For more information on ASA, visitwww.soygrowers.com.

Solving a problem for renewable biofuels

To buzz or to scrabble?