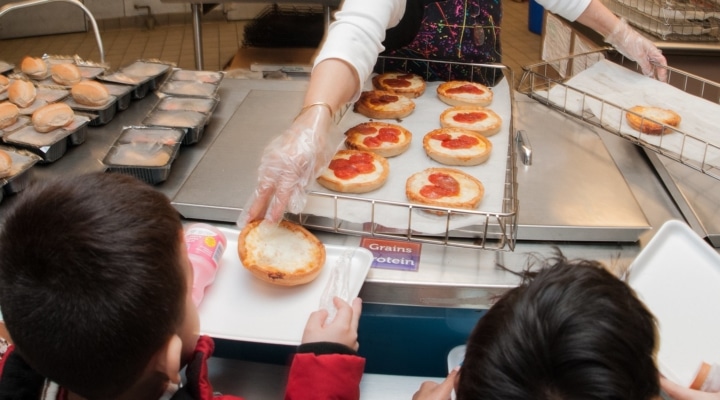 An innovative assessment of food waste at a U.S. school by an international team of researchers suggests that American school cafeterias waste more food than those in other developed countries, and the true costs extend well beyond just the weight of food not eaten. (U.S. Department of Agriculture, Public Domain)

UNIVERSITY PARK, Pa. — An innovative assessment of food waste at a U.S. school by an international team of researchers suggests that American school cafeterias waste more food than those in other developed countries, and the true costs extend well beyond just the weight of food not eaten.

The percentages of plate waste obtained in the study, which was executed at a private school in Columbia, Missouri, during the 2018-19 academic year, were comparable to other studies conducted in the U.S., but they differ compared to schools in other countries, noted researcher Christine Costello, assistant professor of agricultural and biological engineering, Penn State.

The food-waste audit conducted by the researchers was unusually thorough; they combined direct weighing and digital photography to quantify the amount and specific types of foods wasted. They carefully sorted through the plate and kitchen waste to find out exactly which foods students most frequently didn’t eat.

The private school in Columbia, Missouri, was selected for the study for several reasons, according to Costello, who was an assistant professor at the University of Missouri when the research was conducted. First, its administrators had shown an interest in improving the sustainability performance of its cafeteria; in 2017 the school conducted an internal waste audit, showing high levels of waste. Second, it represents an unusual mix of elementary, middle and high school students, with student ages ranging from four to 18 years old.

“The school’s cafeteria is shared by all of the 300-plus students, faculty members and staff in different turns,” Costello said. “The meals are prepared by an external catering service in the school kitchen, and the lunch plan follows the patterns recommended by the U.S. Department of Agriculture, so it can be compared with other school cafeterias in the U.S.”

In findings recently published in the Journal of Cleaner Production, the amount of plate waste per food category is analogous to other studies conducted at other U.S. school cafeterias. Students, in all grades, waste vegetables and fruit the most, representing more than 50% of their plate waste. In comparison, faculty members waste about 43% of these categories.

Because they are most highly wasted, understanding the extent to which fruit and vegetable offerings in school lunches are likely to be accepted by children has important implications for school meal policies and children’s health, Costello and co-authors pointed out. Eggs and poultry, the researchers found, were the least-wasted food category.

For example, there is an issue with meals served to elementary school students, noted Costello.

“There are certain foods cafeteria managers are buying, presumably to meet U.S. Department of Agriculture guidelines, that the kids never are going to eat,” she said. “In this study, we saw that they often served baked beans, and almost all the baked beans served were thrown away. At one point, we had a 5-gallon bucket of wasted baked beans. Addressing menu changes while staying within budget and offering children nutritious meals often is not an easy task.”

The research was novel because it presents an assessment of the environmental and cost impacts of food provided and wasted in the cafeteria, including quantification of the amount of food served, consumed and wasted, and the corresponding nutritional content squandered. For instance, researchers pegged the waste at 85% at the food procurement stage, with a correspondingly higher influence on global warming.

In a philosophical way, Costello noted, the research is intended to help people managing cafeterias and school lunch programs to see clearly their connection to the food-production systems they are impacting through consumption, and in this case being wasteful.

“In a detailed food-waste study like this, we can report back to menu planners what we learn about what children don’t eat in order to seek menus that they will eat,” she said. “One of the things we can influence with our work is to re-focus food-waste management away from weight-based metrics and disposal costs to thinking about the embodied resources — greenhouse gases associated with making the food,” she said. “We need to be minimizing waste so that we don’t needlessly produce resource-intensive food.”

Pennsylvanians are experiencing hunger at highest levels since onset of pandemic
February 22, 2021