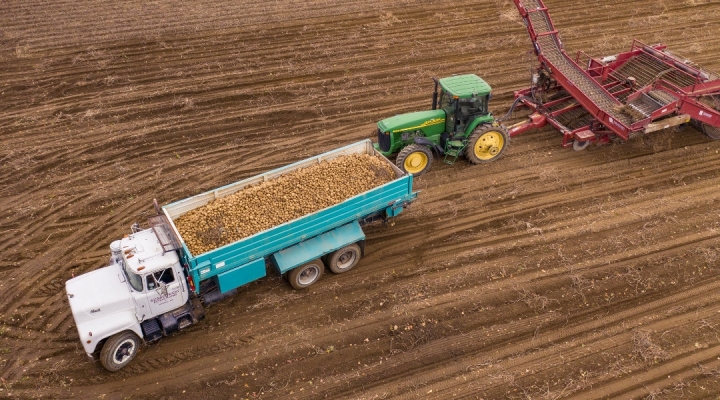 DENVER, Colo. — With many countries around the globe relaxing restrictions and showing signs of recovery from the pandemic, demand for U.S. potato exports is strong in many markets. During the first three quarters of the marketing year (July 2021-March 2022), overall U.S. potato and potato product exports increased from the same period one year earlier.

From July 2021 to March 2022, U.S. frozen potato exports increased by nearly 3% in volume and 6% in value. Major increases for frozen shipments occurred in Canada with a 42% growth, the Philippines with a 25% growth, and Myanmar with a 13% growth. Central America, Mexico, Japan, and Vietnam also saw increases during the nine months. These increases are a great sign of recovery in the international foodservice sector. While frozen exports were up overall, there were significant declines in shipments to Thailand by -36%, Malaysia by -15%, and Saudi Arabia by -20%. These, and other markets, are still suffering from unstable supply and shipping issues. This is particularly true for Asian markets, where shipping times are much longer. Many international restaurant chains are looking to source frozen products from other origins to ensure a consistent supply. Some major operators, such as A&W and Carl’s Jr. in Thailand, are going so far as to shut down operations in the market entirely. Despite this, demand for U.S. potatoes in international markets remains high.

U.S. fresh potato exports, which include both table-stock potatoes and chipping potatoes for processing, were up during the July-March period at nearly 10% by volume. Value for fresh shipments increased even further by 15%, due to higher prices and inflation impacting the globe. Some markets did see a drop in U.S. fresh potato shipments, including a -90% decrease in Vietnam and a -43% decrease in Thailand. Fresh exports were up in many major markets though, including the top two export markets for U.S. potatoes: Canada, where fresh shipments were up 10%, and Mexico, where fresh shipments increased by 13%. Notably, the first shipments of fresh potatoes destined for beyond the 26-kilometer border zone of Mexico have crossed the border! The U.S. potato industry continues to work through the process to create more efficiencies for future shipments. These first shipments occurred in Q4 of the marketing year and will be included in next quarter’s export report.

U.S. exports of dehydrated potatoes are not recovering at the same rate as other potato products as tight supply is limiting exports. In the first three quarters of the current marketing year, dehydrated shipments were down -10% by volume. Some of the largest drops in dehydrated potato exports compared to the previous year were in Central America (-55%), China (-55%), the Philippines (-43%), and Japan (-31%). Amongst these decreases, some markets did see increased shipments of U.S. dehydrated potatoes: South Korea, which saw an increase of 105%, and Taiwan, which had an increase of 44%.

For details on U.S. exports, see the included spreadsheets below. Questions on the trade figures and Potatoes USA international marketing programs should be directed to Media@PotatoesUSA.com.

Potatoes USA accepts no liability for the content of these reports, or for the consequences of any actions taken based on any information contained herein.

Does your hay make the grade?