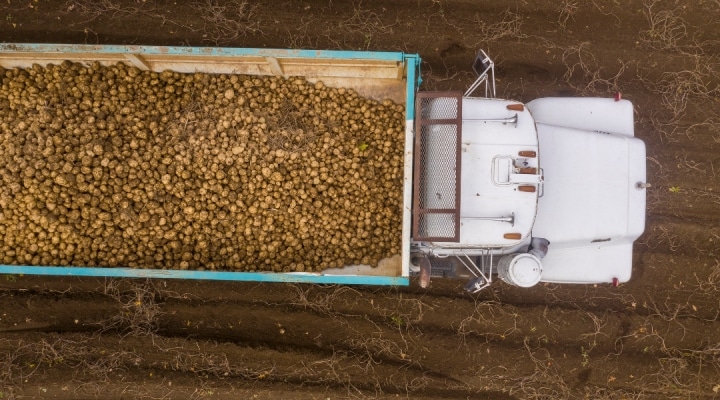 Japan, which is all chipping potatoes, now allows U.S. exports on a year-round basis instead of a February – July window. This resulted in a 415% growth as exports have been occurring in the fall for the first time. (U.S. Department of Agriculture, Public Domain)

DENVER — U.S. potato exports continue to recover but remain behind previous year levels. Exports for the first six months of the marketing year, July – December 2020, are behind the record levels set in 2019. However, exports for October, November, and December are far less distressed than they were in the July – September period.

Frozen potato exports are down by 17% from July – December but were only down by 6% in December. Exports to Potatoes USA target markets are down by 15% year to date, but only by 1% in December. Some of the biggest declines are in the Philippines, with a 60% decline, and in China, which dropped by 34%, though China did see a 55% increase in December. Central America also saw a strong recovery in December, up 19%, with the six-month total now down by 21%. Japan and Taiwan have only had marginal declines of 9% and 3%, respectively. The biggest gains for the year have been in Korea, up by 4%, and Mexico, up by 21%, with both reporting very strong growth in December. The increase in Mexico was led by the recovery of the market share when retaliatory tariffs on U.S. products were removed.

Dehydrated potato product exports are down only by 4% for the July – December period, but December saw a larger decline of 7%. Supply issues in the U.S. played a major role here. In addition, it is anticipated that the fire at the Oregon-Washington Potato Co. plant will further exacerbate this problem. China and the Philippines once again showed significant declines of 61% and 28%, respectively. Japan, the third-largest market, is up by 6% for the year to date but was down by 19% in December. Korea has had significant increases and is up by 90%. Mexico is the second-largest Dehydrated market and is up by 1%, while Canada, the largest market, is down by 4%.

Fresh potato exports, made up of table-stock and chip-stock, were down by 3% for those six months, but exports to the Potatoes USA target markets were up by 6%. Japan, which is all chipping potatoes, now allows U.S. exports on a year-round basis instead of a February – July window. This resulted in a 415% growth as exports have been occurring in the fall for the first time. Exports to Korea have benefited from negotiated improvements in the import protocol for table-stock and are up by 58%. Taiwan has benefited from increased demand, with exports up by 22%. One of the chip processors in Vietnam has begun regular imports of U.S. chip-stock, adding to the 215% increase in that market. The Philippines has suffered significantly from pandemic restrictions, and exports are down by 43%. Mexico, the second-largest market for fresh, has remained steady with a 3% growth. Lastly, the largest market by far for U.S. fresh potatoes, Canada, is down by 12% but only saw a 1% decline in December.