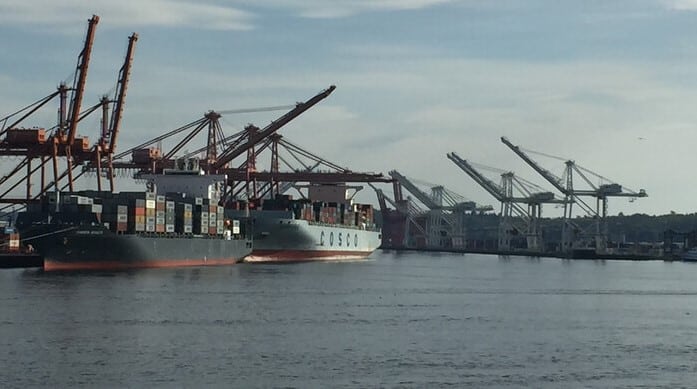 DES MOINES, Iowa — U.S. pork exports finished 2019 on a high note, setting new records for both value and volume, according to statistics released by the U.S. Department of Agriculture (USDA) and compiled by the U.S. Meat Export Federation (USMEF). For the year, 5.89 billion pounds of U.S. pork and pork variety meats valued at $6.952 billion were exported to countries around the world, up 10% and 9% respectively from 2018.

“China was the main driver for the record-breaking pace of U.S. pork exports in 2019,” said David Newman, a pig farmer representing Arkansas and president of the National Pork Board. “We are poised to help fill China’s protein gap caused by the country’s African swine fever (ASF) outbreak. But we’re also focused on recapturing lost market share with key customers and investing in research to develop emerging markets.”

While exports to China were higher in 2019, key U.S. pork customers, including Japan (No. 1 in value) and Mexico (No. 1 in volume), saw significant declines as the United States worked to negotiate new trade deals with each country.

Japan has historically been the leading market for U.S. pork in terms of value, as well as the leading destination for U.S. chilled (never frozen) pork loins. In 2019, the U.S. held 46% of Japan’s market for chilled pork, down from 70% in 2017, according to Norman Bessac, vice president of international marketing.

“With Japan as the most important U.S. market, the Pork Checkoff has brought key stakeholders and thought leaders together on a task force to lead marketing efforts there,” Bessac said. “The Checkoff investment in the task force and subsequent programs, promotions and educational events will help build Japan’s confidence in U.S. pork and allow exporters to recapture lost market share.”

Mexico remains the top market for U.S. pork by volume, with over 1.56 billion pounds of pork and pork variety meat exported in 2019.

“The majority of pork and pork variety meat exported to Mexico is bone-in hams,” said Bessac. “This is a great market, but there’s an opportunity to expand the product mix and to add value for U.S. pig farmers.”

Recently, the Pork Checkoff secured grant funds through the Foreign Ag Service Quality Samples Program and the Emerging Markets Program to help customers in Mexico develop new uses for pork loins. A new task force will provide insight to the Checkoff and USMEF as they use the grant and other programs to diversify U.S. pork exports to Mexico.

Building on the success of the Pork Checkoff report, Pork 2040: China Market Assessment, a new research and market study focusing on the ASEAN region, specifically Vietnam and the Philippines, will be conducted and released this year.

“The Pork Checkoff is committed to adding value for pork producers,” Newman said. “Aggressive marketing strategies in both developed and emerging markets will position U.S. pork to do just that.”

The Pork Board has developed new infographics to highlight the importance of pork exports to U.S. pork producers. To learn more visit, pork.org.

The National Pork Board has responsibility for Checkoff-funded research, promotion and consumer information projects and for communicating with pork producers and the public. Through a legislative national Pork Checkoff, pork producers invest $0.40 for each $100 value of hogs sold. Importers of pork products contribute a like amount, based on a formula. The Pork Checkoff funds national and state programs in advertising, consumer information, retail and foodservice marketing, export market promotion, production improvement, science and technology, swine health, pork safety and sustainability and environmental management. For information on Checkoff-funded programs, pork producers can call the Pork Checkoff Service Center at (800) 456-7675 or check the Internet at pork.org.