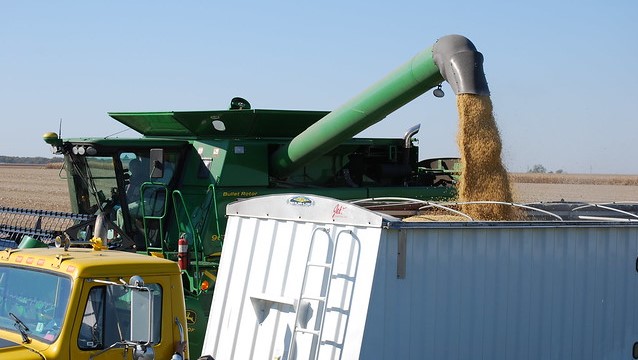 With a share of 72% of EU soya beans imports, the U.S. is today Europe's number one supplier. (United Soybean Board, Flickr/Creative Commons)

BERLIN — New figures released by the European Commission show that imports of U.S. soya beans by the European Union increased by 121% over the current market year (July 2018 to mid-April 2019), compared to the same period in the previous year.

With a share of 72% of EU soya beans imports, the U.S. is today Europe’s number one supplier. Conversely, Europe is the top destination of U.S. soya beans exports with 22%, followed by China (18%) and Mexico (9%).

Increasing trade in a number of areas and products, including soya beans, was one of the Joint Statement’s objectives, as agreed between Presidents Juncker and Trump on 25 July 2018. The European Commission is following up on its commitment and has been regularly publishing figures on EU imports of soya beans from the United States. Today marks the fifth update report on trade of soya beans with the U.S.

In January 2019, the Commission concluded that U.S. soya beans meet the technical requirements to be used in biofuels in the EU, a decision that creates the conditions for these exports to grow further by expanding its market opportunities in Europe.

The United States is also the most important origin for EU agri-food imports in general. The latest figures show that from February 2018 to January 2019, the value of agri-food imports from the U.S increased by 14%. This represents an increase in value of €1.5 billion, mainly due to the increase in imports of soya beans, soya bean oilcakes and several other products.

The EU imports about 14 million tonnes of soya beans per year as a source of protein to feed our animals, including chicken, pigs and cattle, as well as for milk production. Soya beans from the U.S. happen to be a very attractive feed option for European importers and users thanks to their competitive prices.

The data included in the report published today on soya beans, comes from the Crops Market Observatory which the European Commission launched in July 2017 to share market data and shortterm analysis to ensure more transparency.