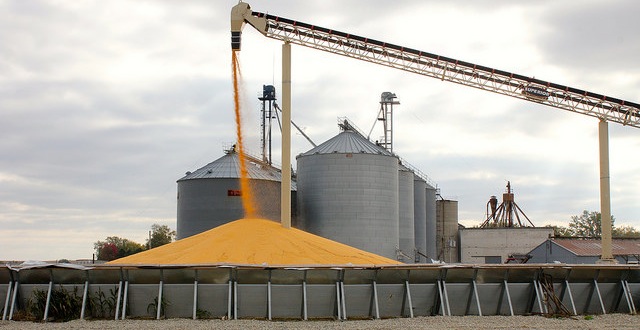 “The announcement Tuesday by China’s Ministry of Commerce (MOFCOM) that it will subject U.S. distiller’s dried grains with solubles (DDGS) to anti-dumping and countervailing duties (AD/CVDs) is the latest in a rash of measures taken by the Chinese government to restrict access to that market for U.S. feed grains and related products, specifically corn, distiller’s dried grains (DDGS) and ethanol.

“It came just ten days after action by the Chinese government to dramatically increase tariffs on imported U.S. ethanol from 5 to 30 percent, effectively stopping a growth market for U.S. farmers and ethanol producers. U.S. farmers also continue to wait for China’s approvals of biotech corn events, which last happened in 2014.

“The U.S. Grains Council is deeply disappointed in this series of events that is a severe departure from our industry’s three decades of broad, cooperative work with China’s government and livestock industry and that follows a year of extensive cooperation on the part of the U.S. DDGS and ethanol industry with MOFCOM investigations.

“The decisions in the anti-dumping and countervailing duties investigations are not supported by the evidence and raise serious questions regarding the Ministry’s compliance with standard AD/CVD procedures and with China’s international obligations. While painful and damaging to the U.S. DDGS industry, their biggest negative impact will ultimately be on China’s feed and livestock industries, which risk losing access to an important and cost-effective feed ingredient, and on millions of Chinese households that will likely face greater food price inflation and less access to affordable, wholesome pork, poultry and dairy products.

“The decisions to raise tariffs on ethanol and to delay further the approval of helpful plant technology that enhances food safety and environmental protection are short-signed trade barriers that also, ultimately, most hurt the Chinese people, who deserve cleaner air and increased food security through both production and trade.

“This new year marks the 35th anniversary of U.S. Grains Council programs in China. We deeply appreciate the opportunities we have had over this time to partner with a broad cross section of members of local industries and government who are working to make their production more efficient, safer and more environmentally-friendly. The implication of these recent moves is clearly that we are less than welcome in their market, and this will challenge the extent of our engagement with China.

“Protectionist trade restrictions based on false allegations do not benefit either China or the United States and represent a threat to a global trading system that has promoted consumer welfare and jobs around the world while lifting millions of families out of poverty. We look forward to and will continue to work toward the day when U.S.-China trade relations are back on a better and more sensible course that results in benefits for both countries, their farmers and their consumers. Thirty-five years of solid work and cooperation have showed this is possible.”

A game-changer for crop protection