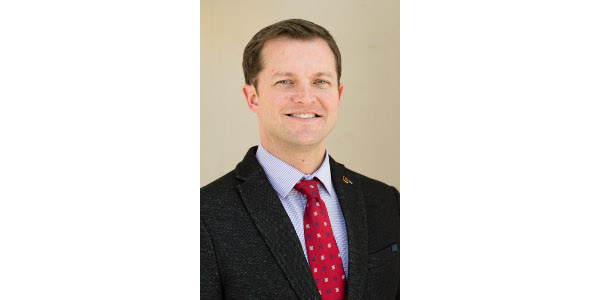 The U.S. Grains Council’s (USGC's) Board of Directors has named Council Director in Mexico Ryan LeGrand as its next president and chief executive officer, effective mid-June. (Courtesy of USGC)

WASHINGTON, D.C. — The U.S. Grains Council’s (USGC’s) Board of Directors has named Council Director in Mexico Ryan LeGrand as its next president and chief executive officer, effective mid-June.

“We are very pleased to announce the selection of Ryan LeGrand as the Council’s new president and CEO,” said USGC Chairman Jim Stitzlein. “His steadfast and level-headed leadership comes at a critical time amid challenges around the world for U.S. trade and a rapidly growing program of Council activities in markets that show potential for new demand.”

The Council is a non-profit export market development organization that promotes the global use of U.S. corn, sorghum, barley and related products including ethanol and distiller’s dried grains with solubles (DDGS).

LeGrand joined the organization in Mexico in 2015 and has served as the director of the Council’s Mexico City office since 2016. In this capacity, he has overseen the expansion of the Council’s programming in that country to include ethanol promotion and worked to steady relations with the U.S. and Mexican feed and livestock industries during the negotiations of the U.S.-Mexico-Canada Agreement (USMCA).

“I am honored to have been selected for this role at the Council and look forward to expanding trade opportunities for the grain, ethanol and related products we promote around the world,” LeGrand said. “The American farmer works extremely hard each year to produce quality crops, and I look forward to working with our members and staff to continue our mission of opening, maintaining and defending foreign markets.”

During his tenure with the Council in Mexico, LeGrand has also led efforts for U.S. grains including increasing U.S. DDGS demand, cultivating both large and small craft brewers to purchase more U.S. barley and encouraging sorghum use by Mexican livestock producers.

LeGrand previously worked for Gavilon as the director of ingredients in Mexico, located in Guadalajara, managing the company’s feed ingredients trading, import and distribution throughout the country. LeGrand also served as the director of exports for Hawkeye Gold, LLC, exporting DDGS to Latin America and Asia. Early in his career, he worked a year in the Council’s Washington office as a manager of international operations.

“Ryan has shown dedication to measured growth for U.S. grains and co-products in Mexico, our most important export market and neighbor,” Stitzlein said. “We are certain the Council is in good hands with Ryan’s confident leadership and look forward to working with him in this new role.”