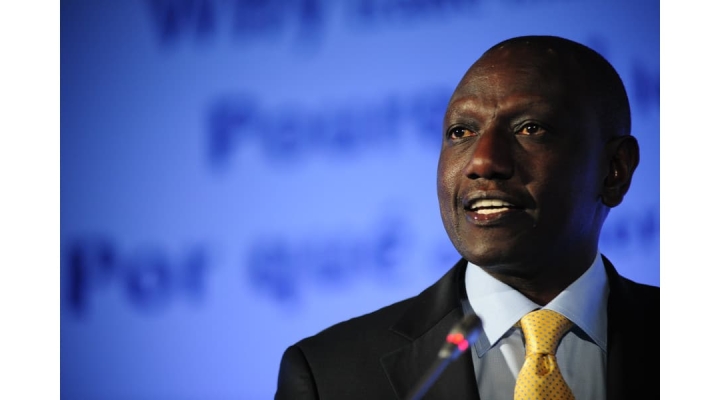 WASHINGTON — After a recent Kenyan governmental task force recommendation regarding genetically modified organisms (GMOs) and food safety, this week, Kenya’s president, William Ruto, lifted the ban on GM crops, opening the market to both the production and import of GMO derived crops.

“In accordance with the recommendation of the Task Force to Review Matters Relating to Genetically Modified Foods and Food Safety, and in fidelity with the guidelines of the National Biosafety Authority on all applicable international treaties, including the Cartagena Protocol on Biosafety (CPB), Cabinet vacated its earlier decision of November 8, 2012, prohibiting the open cultivation of genetically modified crops and the importation of food crops and animal feeds produced through biotechnology innovations; effectively lifting the ban on genetically modified crops. By dint of the executive action open cultivation and importation of white (GMO) maize is now authorized.”

“This is an encouraging development,” said Kurt Shultz, senior director of global strategies, “the Kenyan government is responding to the reality that its farmers and livestock industry need new tools to increase their agricultural productivity. Lifting this ban will enhance domestic production in Kenya and allow Kenya to participate in the global corn trade market where 90 percent of the corn and soybeans are GM making it easier for imports to backfill their needs in times of crop shortfalls, such as increasingly recurring droughts.”

President Ruto’s statement also mentioned the decision was two-fold – allowing the government to respond to an ongoing drought, but also building upon Kenya’s redefinition of acceptable agricultural commodities that began in 2019 with acceptance of a particular strain of pest-resistant cotton.

“Today’s Cabinet decision builds on [that decision] and also extends its benefits to other agricultural and manufacturing sectors,” the Kenyan president’s statement read.

The U.S. Grains Council (USGC) has been working closely with the Association of Kenya Feed Manufacturers (AKEFEMA) for several years focused on the long-term strategic plan for the sector’s development and to address shortfalls in domestic feed production which has limited long-term growth for the sector.

Last year, the Council partnered with the poultry and feed industries in Kenya to address an annual deficit in corn and increasing demand for milk, meat and eggs in Kenya. In partnership with the U.S. Department of Agriculture’s Foreign Agricultural Service-Nairobi and AKEFEMA, the Council organized multiple round table seminars in Nairobi to provide key Kenyan stakeholders information about the feed grain demand situation, compound feed nutritional composition and the economic benefits of using U.S. sorghum and DDGS in poultry and dairy feeds.

“This announcement is a key turning point in the development of Kenya’s food and feed markets,” said Shultz. “It will allow Kenya to meet the challenges of growing demand as consumption increases and as it faces the challenges associated with climate change. Kenya has taken a leadership role in the region by providing the framework to increase its overall agricultural productivity.”

About the U.S. Grains Council

The U.S. Grains Council develops export markets for U.S. barley, corn, sorghum and related products including distiller’s dried grains with solubles (DDGS) and ethanol. With full-time presence in 28 locations, the Council operates programs in more than 50 countries and the European Union. The Council believes exports are vital to global economic development and to U.S. agriculture’s profitability. Detailed information about the Council and its programs is online at www.grains.org. 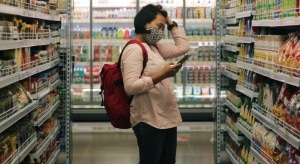 What is bioengineered food? An agriculture expert explains

WASHINGTON — The U.S. Department of Agriculture defines bioengineered food as food that “contains detectable genetic material that has been modified through certain lab techniques that cannot be created through conventional breeding or found in nature.” If that definition sounds familiar, it is because it is essentially how genetically modified organisms, or GMOs, are defined – common […] 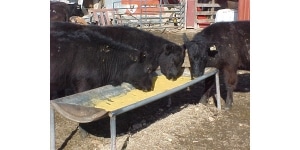 SEDALIA, Mo. — Livestock producers are concerned about rising feed prices, and many are looking for cheaper alternatives. Distiller’s grains are an excellent supplement ingredient and come in three forms: dry, modified, and wet, which refers to the amount of water in the distiller’s grains. Modified and wet are generally cheaper per ton, but producers […] 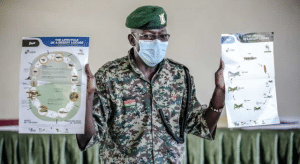 Becoming heroes in the fight against desert locusts

NAIROBI — When Kenya suffered an unprecedented wave of desert locusts in early 2020, it spelled disaster for thousands of farmers and rural communities. The arid and semi-arid lands of the country, where the most vulnerable smallholders and agropastoralists dwell, were a prime feeding ground for the pest. Like a living carpet, hopper bands covered […]