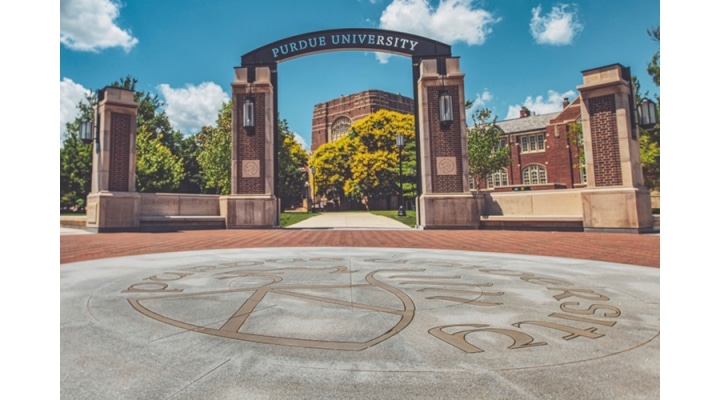 WEST LAFAYETTE, Ind. — “U.S. Farm Report” a syndicated television show focusing on agriculture and agribusiness, hosted by Tyne Morgan, will be filming at Purdue’s West Lafayette campus from 2-3:30 p.m. on Thursday, Oct. 21. Filming will take place on the lawn by the Agricultural Administration Building.

The show will feature a panel of agricultural economics professors from Purdue’s College of Agriculture: Jayson Lusk, James Mintert and Michael Langemeier.

Students, faculty, staff and the public are invited to attend and participate in the event. Attendees will have the opportunity to ask questions immediately following the taping.

Representatives from Syngenta, the show’s sponsor, will be on hand to award a prize to the student or student group in attendance with the most Purdue spirit.

The complete show will air on Oct. 23 and also feature research from Purdue’s College of Agriculture.

If there is inclement weather, the day’s events will be moved to the Deans Auditorium (Room 241) in Pfendler Hall.

“U.S. Farm Report” is a weekly syndicated television news program, presented in magazine format, which has a focus on agriculture and agribusiness. The program is hosted by Tyne Morgan and is based in South Bend, with a national reach. Viewers watch “U.S. Farm Report” every week on more than 150 stations with an audience of 500,000 weekly, plus RFD-TV.

Tyne Morgan is an AgDay and “U.S. Farm Report” national reporter. She was recently named the first female host of “U.S. Farm Report.” Morgan attended the University of Missouri-Columbia, where she majored in agricultural journalism with an emphasis in broadcast.