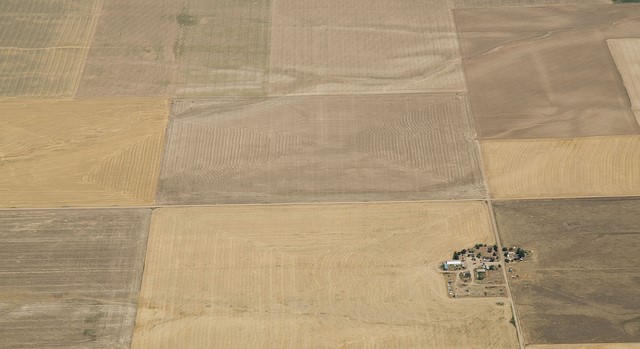 While the US winter wheat crop lays dormant, the lack of moisture and expanding drought is raising additional concerns about the already damaged crop condition. (U.S. Department of Agriculture, Public Domain)

WASHINGTON — Drought conditions in the South Central US continue to expand. At the end of October 2017, there was only some spotty abnormal dryness covering portions of Texas, Oklahoma, Kansas, Colorado, and New Mexico. Moderate drought had already begun to appear in parts of southern Missouri and Arkansas by this time, but a very dry winter thus far has allowed drought conditions to deepen in these states. Total precipitation from November to present (Feb 15, 2018) has trended well below normal. In Texas, this timeframe has ranked as the 7th driest in 27+ years. For other states, it’s even worse. Oklahoma has ranked as the 2nd driest, while Kansas, Missouri, and Colorado are each experiencing the driest November to mid-February in 27+ years. As a result, that spotty abnormal dryness from just three and a half months ago is now widespread severe drought from New Mexico to northern Arkansas and southern Missouri. In western Oklahoma, southwestern Kansas, and the Texas panhandle, extreme drought conditions started to appear in January and continue to expand each week.

While the US winter wheat crop lays dormant, the lack of moisture and expanding drought is raising additional concerns about the already damaged crop condition. Winter wheat crops in the central US were left vulnerable to a few frigid cold snaps so far this year due to a lack of snow, which typically provides insulation to the crop.  Snowfall trends in the South Central US since December 2017 have been below normal and the 6th driest in 27+ years. While snow fell earlier this month in Nebraska and Kansas, much of the snow cover has already melted. Temperature trends over the next several days will be generally above normal, but by the middle of next week, some much colder than normal temperatures could once again briefly make their way into the Central US, dropping low temperatures well below freezing as far south as Kansas. Although the full extent of the damage won’t be determined until the crop comes out of dormancy, wheat prices have already shown a somewhat upward trend.

Winter wheat will exit its dormant stage sometime in April, but will there be any improvement to the drought conditions by that time? In the short-term, 14-day forecasts do show the potential for above normal precipitation for Texas, eastern Oklahoma, eastern Kansas, Missouri, and Arkansas, but western OK, the TX Panhandle, and western KS remain mostly dry. Although the second half of February looks to bring some much-needed moisture to many, and drought conditions will likely show some improvement, they will ultimately remain. Longer-range guidance shows the return of near to below normal precipitation during March. 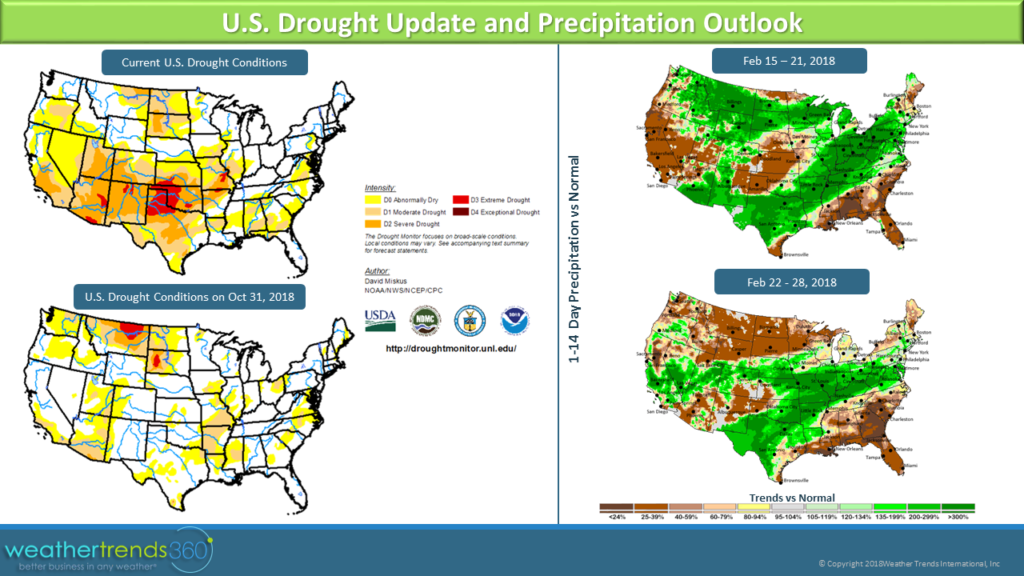 How does biochar work to improve soil?