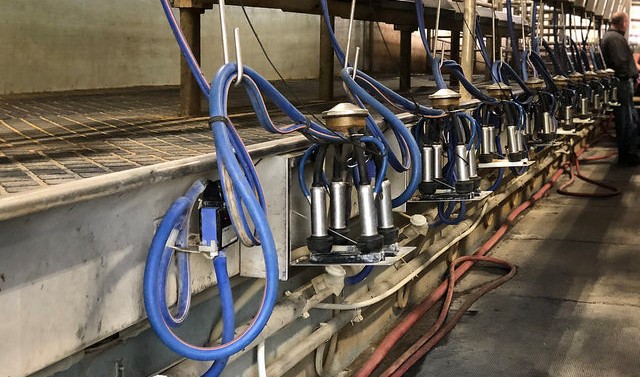 WASHINGTON — The trade agreement reached last night between the United States and Canada includes the elimination of Canada’s Class 7 pricing system and creation of some additional market access, two important objectives of the U.S. dairy sector.

Canada has strictly controlled imports for decades to limit the supply of milk in the country. Recently, as milk production in Canada has grown, it created the Class 7 pricing system to dump surplus milk proteins onto global markets, in direct competition with exports from the United States and other nations.

From a strategic standpoint, the agreement announced Sunday night will benefit America’s dairy sector because it preserves the overall structure of the 24-year-old North American Free Trade Agreement (NAFTA).

“The outlines of the NAFTA pact remain intact, which will allow the U.S. agricultural sector to continue developing new international markets for our farmers,” said Tom Vilsack, president and CEO of USDEC. “We also need to pursue new free trade agreements with other nations and resolve our trade conflicts with China. It is imperative that the United States remains an integral player in driving the global trade agenda.”

While Canada will remain a largely self-contained, protected milk market, “this agreement, when implemented, should give us additional marketing opportunities that will allow us to provide high-quality American dairy products to Canada, which means we’ve made incremental progress,” said Jim Mulhern, president and CEO of NMPF. “We appreciate that the Trump Administration continually raised the profile of our issues at the negotiating table.”

“Maintaining dairy market access in Mexico and improving market access into Canada were IDFA’s top priorities during the talks to modernize NAFTA,” said Michael Dykes, D.V.M., president and CEO of IDFA. “We’re also pleased that the Administration was successful in getting Canada to eliminate Class 7 pricing. This new agreement will preserve our vital partnership with both countries and allow the U.S. dairy industry to seek more export opportunities.”

The dairy groups said that the ultimate benefit of the new USMCA will depend on how it is implemented. Now that a tentative trilateral agreement has been reached, the dairy organizations urged the governments of the three nations to remove their tariffs on agricultural exports – as well as steel and aluminum – that have been sticking points in relations between the United States, Mexico and Canada.

The three organizations also thanked the many members of Congress who insisted that an increase in dairy market access be an essential outcome to the negotiations.

The National Milk Producers Federation (NMPF), based in Arlington, VA, develops and carries out policies that advance the well-being of dairy producers and the cooperatives they own. The members of NMPF’s cooperatives produce the majority of the U.S. milk supply, making NMPF the voice of dairy producers on Capitol Hill and with government agencies. For more on NMPF’s activities, visit our website at www.nmpf.org.

The International Dairy Foods Association (IDFA), Washington, D.C., represents the nation’s dairy manufacturing and marketing industry, which supports nearly 3 million jobs that generate more than $161 billion in wages and has an overall economic impact of more than $628 billion. IDFA is the umbrella organization for the Milk Industry Foundation (MIF), the National Cheese Institute (NCI) and the International Ice Cream Association (IICA). Our members range from large multinational organizations to single-plant companies. Together they represent approximately 90 percent of the milk, cultured products, cheese, ice cream and frozen desserts produced and marketed in the United States and sold throughout the world. Our diverse membership includes numerous food retailers, suppliers and companies that offer infant formula and a wide variety of milk-derived ingredients. Visit IDFA at www.idfa.org.

How NAFTA 2.0 will shake up business as usual