Home / National / U.S. dairy groups call on Trump for aid
A new user experience is coming! We'll be asking you to login to your Morning Ag Clips account March 1st to access these new features.
We can't wait to share them with you! Read more here. 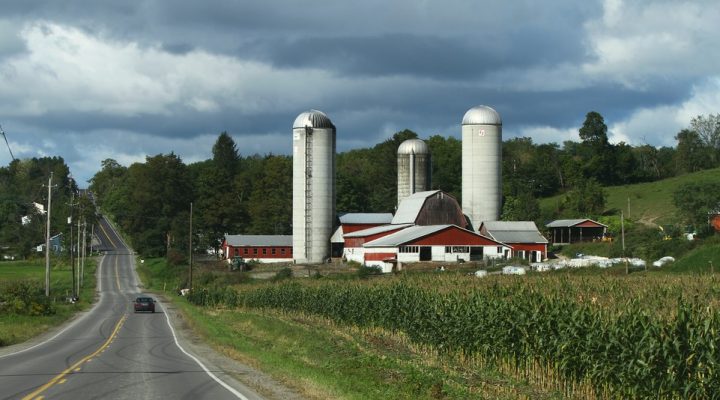 MONTREAL — U.S. dairy groups are calling on Donald Trump to set his sights on Canada’s “protectionist” dairy practices as he seeks to safeguard American jobs.

The policy allows Canadian dairy processors to buy domestic milk at world market prices instead of higher prices controlled by the national supply management system. The U.S. dairy groups say that provides the processors with an incentive to cut milk imports.

“The entire U.S. dairy industry is being hurt, as milk prices are being driven down nationally by Canada’s trade actions,” they wrote.

The groups say an ongoing effort to implement a national policy puts further pressure on American communities that export milk and other dairy products to Canada.

The U.S. dairy sector says they are already restricted to the Canadian market by “exorbitant tariffs” and limited market access.

“It is clear that these [additional] policies were implemented to intentionally block imports from the United States and are therefore in direct violation of Canada’s trade commitments.”

“We believe the policy was designed to discourage U.S. exports of ultra-filtered milk and incentivizes Canadians to purchase Canadian milk, which is a possible violation of World Trade obligations,” he wrote in a letter dated Jan. 4.

The Dairy Farmers of Canada say they are watching the situation closely but remain confident that the federal government supports the Canadian dairy sector.

The national strategy had been expected to be in place Feb. 1, but discussions are ongoing to modernize Canada’s milk supply management system, said Jacques Lefebvre, president and CEO of the Dairy Processors Association of Canada.

“We are aware of the concerns recently raised by corporations in the United States,” he wrote in an email. “We are committed to respecting our trade commitments.”

Chantal Gagnon, a spokeswoman for Foreign Affairs Minister Chrystia Freeland, declined to specifically comment on the letter to Trump, but said the government will continue to support farmers and producers and looks forward to working with the new U.S. administration and Congress on issues including trade and investment.