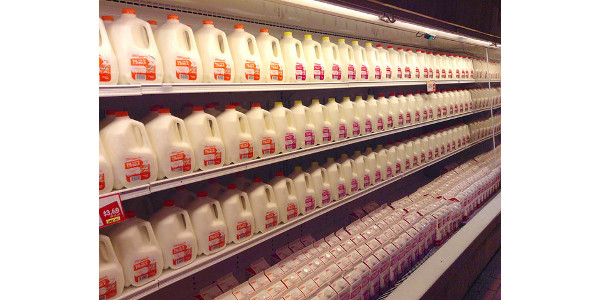 ARLINGTON, Va. — While no one can say with certainty that the slow re-openings across the U.S. mark the beginning of the end of the COVID-19 crisis, it’s clear these attempts to return to a more normal existence mark the end of the beginning. The world is an experiment, both of science and of societies. Outcomes will remain uncertain for months.

But data can help draw a few conclusions. One from the consumer sector is that, in times of uncertainty, people turn to the bedrock items that they know will nourish themselves and their families. And dairy is an important choice.

Retail-sales as reported by consumer market researcher IRI over the past three months show that consumers have reacted to the coronavirus crisis first by stocking up on dairy, then by continuing to buy milk and other products at disproportionately high levels. 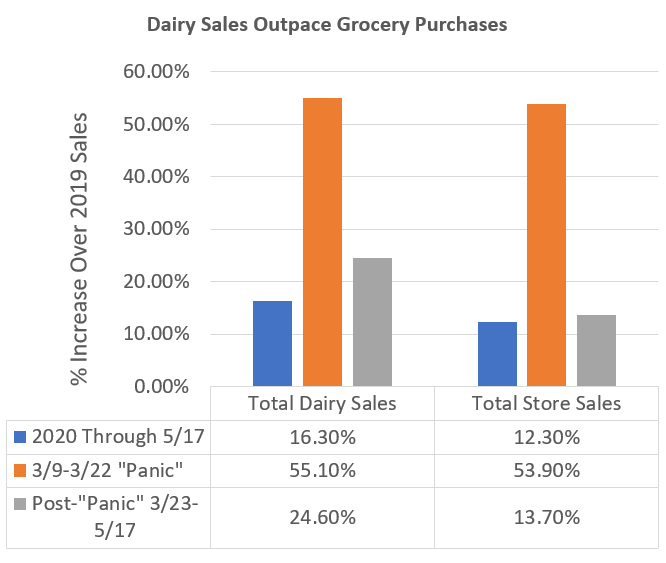 Gains have continued into the “new normal,” and in fact take up more of a consumer’s retail dollar than they did during the panic peak. Retail dairy sales from late March through May 17 remain 25 percent higher than a year ago, while overall grocery sales during that same period are only up 14 percent — meaning that at a time when people are relying more on grocers to fill their needs, they’re relying on dairy significantly more than they are on other products.

That vote of consumer trust shows every sign of continuing for the foreseeable future – and that shouldn’t be a surprise, really. When milk is already in 94 percent of U.S. households, it follows that it would be especially important as families choose how to weather a storm. This real-world, real-time affirmation of dairy’s value can’t help but inspire the entire dairy community to keep working and maintain resilience through whatever comes next. Dairy owes a deep debt of gratitude to consumers whose support has helped carry farmers through this crisis.

Of course, consumer faith has been only one part of dairy’s story in the past few months. Pre-coronavirus, about half of all dairy sales came from outside the home. Even as retail consumers increased dairy buying, sales to restaurants, schools and cafeterias plunged. That turbulence prompted sharp declines in the USDA’s forecast for milk prices for 2020. That’s been a big reason why federal assistance for dairy farms has been so important. But even that story is brightening. A recent price rally is changing the outlook from mortifying to merely difficult – still cold comfort for many producers, but more manageable in a way many wouldn’t have dared to wish for even one month ago. Restaurant sales are slowly returning, and federal aid has provided a meaningful boost to bottom lines, even as signs of stress will still need to be monitored and additional aid will be necessary.

The past few months have been difficult for dairy, as it has for everyone. The next few will be as well. But dairy is resilient. Its value to consumers is beyond dispute, and early signs of recovery give reasons for hope. Monday was World Milk Day. there remains much to overcome, there is also much to celebrate. Raise a glass. 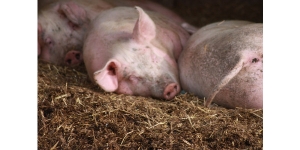