Home / National / U.S. corn is in distress
A new user experience is coming! We'll be asking you to login to your Morning Ag Clips account March 1st to access these new features.
We can't wait to share them with you! Read more here. 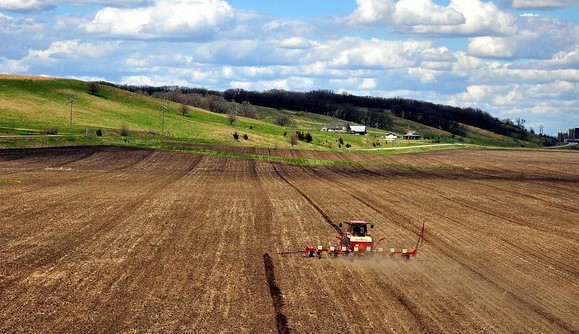 Over the next 7 days, mostly drier than normal conditions are expected across much of the Corn Belt while the wetter trends move into the Southeastern US. (TumblingRun, Flickr/Creative Commons)

WASHINGTON — Rainfall so far this week in the US Corn Belt has been generally spotty, but for some states like Illinois and Indiana, conditions have been on the drier side which will have allowed for advancement in crop planting. Both these states need all the dry weather they can get as both are still significantly behind with corn planting. As of earlier this week, Illinois had reached only 45% complete compared to a 5-year average of 98% and Indiana had only advanced to 31% compared to a 5-year average of 94%. Wetter weather during the last week of May only allowed farmers to advance 10 and 9-points, respectively, for the week. Over the next 7 days, mostly drier than normal conditions are expected across much of the Corn Belt while the wetter trends move into the Southeastern US. While the drier weather will undoubtedly be welcome across the Corn Belt, it could be too little too late, especially for the corn crop which is typically nearing completion in early June. 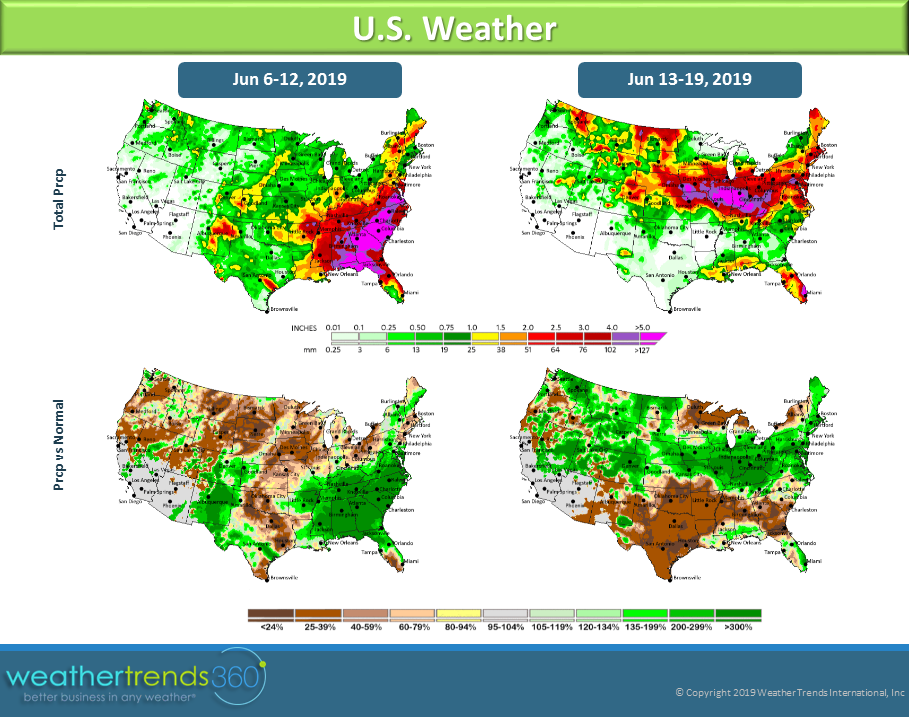 Although the next 7 days may be drier across the Corn Belt, the remainder of June is expected to once again turn wetter than normal, especially for the eastern Corn Belt. Precipitation trends will also trend wetter than last year for much of the region. However, when compared to last year, portions of the Plains and into Minnesota and Iowa are projected to trend drier for the remainder of June. Temperatures through the end of June are forecast to trend, on average, near normal for much of the Corn Belt. Some cooler trends could be possible in states like Minnesota and Wisconsin, while warmer trends will spread across much of the southern US.

With the supply of corn expected to fall this year due to the struggles this spring, corn futures saw a steady rise throughout much of May. The December corn contract topped out between $4.50 and $4.60 by late May, early June. But despite the rise and continued slow planting pace, prices have already started to retreat somewhat this week. To a degree, the rise in prices has caused a decline in demand, which in turn brings prices back down somewhat.

Down in Brazil, early harvest of their safrinha corn crop continues to make progress, reaching about 3.5% complete this week. Last year, only about 0.7% of this crop had been harvested. However, with the earlier planting this season, it’s no surprise that harvest is off to a quicker start. In Parana, where 84% of the crop is said to be in good condition, harvest is 5% complete. The harvest pace across much of the country is expected to pick up some steam over the next couple weeks, which will hopefully confirm farmer’s expectations of high yields. While still too early to know for certain, this crop could have the potential to break the current corn production record. With the dry season now in place across central Brazil, conditions for harvesting should be favorable.