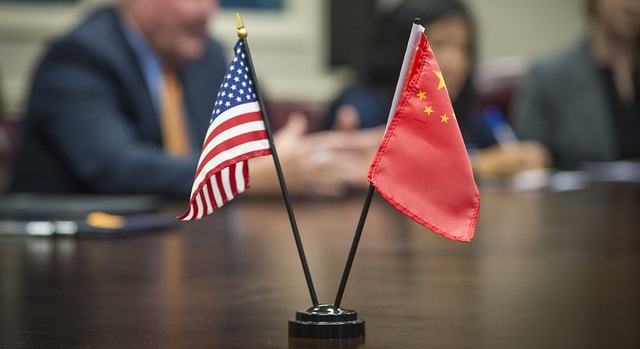 "These talks are not just about China and the U.S. All the major economic players in the region and around the world are impacted when tariffs are imposed, and retaliation happens," stated former U.S. Senator Ben Nelson (D-NE). (U.S. Department of Agriculture, Public Domain)

OMAHA, Neb. — Pointing to the importance of strong relations with growing economies in Southeast Asia and the Pacific Rim, former U.S. Senator Ben Nelson (D-NE) is expressing concern that the potential trade war between the U.S. and China may interfere with commerce between American agriculture and other industries and valuable trading partners such as Malaysia.

As U.S. Treasury Secretary Steven Mnuchin wrapped up two days of talks in China, Nelson said, “Secretary Mnuchin and his Chinese counterparts had much to discuss – and those discussions are a very big deal to Nebraska farmers and a lot of other Americans for whom Asia is a very important marketplace.”

“These talks are not just about China and the U.S. All the major economic players in the region and around the world are impacted when tariffs are imposed, and retaliation happens.”

Added Nelson, “Take Malaysia. The International Monetary Fund just released a report commending that nation’s strong economic and monetary performance. The IMF went so far as to project that Malaysia will soon achieve ‘high income status’ – a critical benchmark for growing, fully developed economies. Malaysia has essentially been ‘certified’ as a strong place to do business, a ‘high-income market’…and a very beneficial trading partner. The Prime Minister, Najib Razak, has announced initiatives to increase Malaysian employment by 3 million jobs – that’s a lot of people who would love to buy from American farmers and American manufacturers.”

“For the U.S., it is critical that we build even stronger relationships with growing nations such as Malaysia – not closing doors with short-sighted trade wars. Countries like Malaysia may not be the target, but they are most certainly in the crossfire,” added Nelson.

—The Office of Former Senator Ben Nelson
via PRNewswire