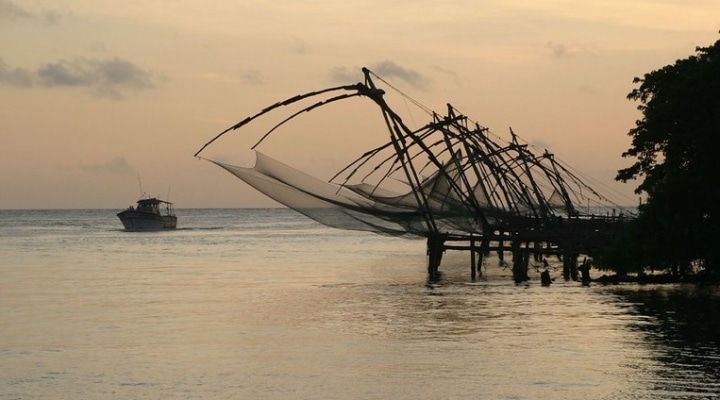 Beijing claims to send around 2,600 vessels out to fish across the globe, but some maritime experts say this distant-water fishing fleet may number nearly 17,000. (Stock photo by Brian Snelson)

WASHINGTON (THE CONVERSATION) — China’s aggressive, sometimes illegal fishing practices are the latest source of conflict with the United States.

China has the world’s largest fishing fleet. Beijing claims to send around 2,600 vessels out to fish across the globe, but some maritime experts say this distant-water fishing fleet may number nearly 17,000. The United States has fewer than 300 distant-water ships.

Bolstered by generous subsidies and at times protected by armed coast guard cutters, Chinese fishermen have been illegally fishing near the Korean Peninsula and in the South China Sea, a hotly contested area claimed by six countries. By exploiting these waters China has come to dominate the international squid market. Nearly half of this catch is exported to other Asian nations, Europe and the United States.

Chinese ships have even pushed as far as Africa and South America, where fishermen have been known to remove their identifying flags to avoid detection. In 2017 Ecuador caught 20 Chinese fishermen in the environmentally protected Galapagos Marine Reserve and sentenced them to four years in prison for capturing thousands of sharks, the primary ingredient in a Chinese delicacy, shark fin soup.

But Pompeo’s rebuke is about more than fish. Governments often use the fishing industry to advance their diplomatic agenda, as my work as a historian of fishing and American foreign relations shows. The United States used fishing, directly and indirectly, to build its international empire from its founding through the 20th century. Now China’s doing it, too.

Fishing its way from independence to imperialism

Before the 1800s, when international law began to define maritime rights, restrictions on fishing depended wholly on what a given nation could enforce.

That’s why, at the Paris negotiation to end the Revolutionary War in 1783, future president John Adams insisted that Great Britain recognize the right of Americans to fish the North Atlantic. Its rich waters were full of cod and mackerel, but that’s not all: The fishing rights Adams won in 1783 extended the young country’s presence well into the sea.

Because American fishing rights were recognized alongside American statehood, my research shows, generations of U.S. diplomats associated the two. In 1797, Secretary of State Timothy Pickering called American fisheries “the fairest fruits of independence.”

Even so, for decades after independence, the U.S. and Great Britain quarreled over international fishing, leading to many new and renegotiated treaties. At each turn, the Americans uniformly defended their right to fish the North Atlantic, even threatening war to do so.

By the 1860s, international fishing had become a key component of America’s newly expansionist foreign policy. Between 1850 and 1898, the U.S. annexed numerous overseas territories, among them Alaska, Puerto Rico, Hawaii, Guam and the Philippines. Today this empire gives both American fishing vessels and the U.S. military a global reach.

Secretary of State William Henry Seward, who purchased Alaska and its rich North Pacific waters under Andrew Johnson in 1867, also tried unsuccessfully to buy Greenland and Iceland, hoping to further extend American fishing claims across the North Atlantic. During archival research I learned that Seward’s like-minded successor, Hamilton Fish, toyed with the idea of purchasing the Canary Islands, near northwest Africa, as a naval depot and a base for American fishermen.

For a time around the turn of the 20th century, fishing took a back seat to military might in the U.S.‘s international power plays.

After World War II, though, Washington again turned to marine resources to serve its foreign policy agenda. This time the government used what I call “fish diplomacy” to help build a more America-friendly world order.

American diplomats of the 1940s used the notion of “maximum sustainable yield” – that is, the idea that there is a level of fishing that maximizes the number of fish caught without damaging the long-term health of fisheries – to expand American maritime influence.

The idea was more political tool than scientific discovery, as historian Carmel Finley has thoroughly explored. But the U.S. used this faux sustainability argument to pass laws and agreements that limited foreign incursions into American waters while giving American fishermen freer reign over the world’s oceans.

As the Cold War developed in the 1950s, fish diplomacy helped the U.S. shore up allies to counter the Soviet Union.

Washington gave generous subsidies to expand the fishing fleets of various countries – most notably Japan, whose war-ravaged economy was revived in part by the U.S. boat-building subsidies that resurrected its own once vital empire-building fishing industry. The U.S. also lowered tariffs for strategically located fishing nations like Iceland, making their main export, cod, cheaper for Americans to buy.

Of course, the U.S. also fought communism with mutual defense alliances, arms sales to friendly nations and direct military interventions. But fishery politics was part of its Cold War plan.

This history helps explain why the U.S. now sees China’s enormous fishing fleet and international trawling as threat. In sending its fishermen far and wide, Beijing has, wittingly or not, followed America’s lead.

This article is republished from The Conversation under a Creative Commons license. Read the original article here: https://theconversation.com/u-s-china-fight-over-fishing-is-really-about-world-domination-145977.

Ag organizations react to second round of CFAP aid