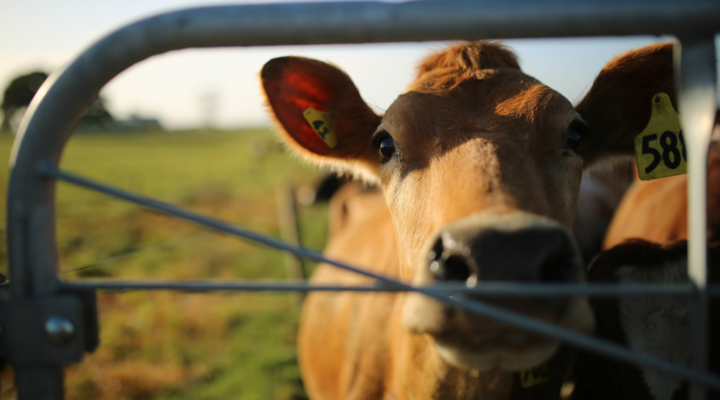 The EU is seeking to monopolize a long list of common names under the guise of geographical indications in trade deals with Japan and other nations, including China and Mexico. This campaign attempts to restrict generic product names such as parmesan, feta and asiago to products made only by EU producers, and runs counter to international trade commitments. (Farm Watch, Flickr/Creative Commons)

WASHINGTON — Japan’s agriculture officials must respect current market access between Japan and its trading partners, including the United States, when reviewing a list of geographical indications (GIs) proposed by the European Union (EU), or else risk disrupting one of the world’s largest consumer marketplaces, the U.S. dairy industry urged today.

In a letter to the Japanese Minister of Agriculture, Forestry and Fisheries, leaders from the National Milk Producers Federation (NMPF), the U.S. Dairy Export Council (USDEC) and the International Dairy Foods Association (IDFA) said it is imperative that Japan “not overlook the enormous significance of the EU food name list for Japanese consumers and producers, and for your lasting relationships with key international trading partners.”

The European Union is in the final stages of negotiating a free trade agreement with Japan, establishing the rules of commerce for hundreds of food products produced in each region. In doing so, the EU is seeking to monopolize a long list of common names under the guise of geographical indications in trade deals with Japan and other nations, including China and Mexico. This campaign attempts to restrict generic product names such as parmesan, feta and asiago to products made only by EU producers, and runs counter to international trade commitments.

The Consortium for Common Food Names and U.S. dairy groups have argued that this strategy is intended to deprive U.S. manufacturers of markets that local industries have developed. The EU’s goal of co-opting these terms would limit sales from non-EU companies to benefit European marketers, thereby stifling healthy competition among food producers all over the world.

“This is a critical moment for Japan as your nation prepares to review hundreds of food and beverage terms; the decisions Japan makes will have lasting impact for years to come,” the letter said. “We urge you to make sure that the steps you take do not unnecessarily limit healthy trade and competition within your market.”

The letter cited Canada’s decision to acquiesce to EU pressure, which has negatively affected its producers, consumers and trade partners The U.S. dairy leaders insisted that Japan can avoid this fate by helping to finalize a list of GIs that does not “encroach on generic names and terms.” For example, “Parmigiano Reggiano” is an acceptable geographical term, but the common name “parmesan” is already used by non-EU producers and widely used in Japan.

“For the good of our trade relationship, it is imperative that Japan’s efficient and transparent GI review process ensures that generic names and terms remain accessible to all,” said NMPF President and CEO Jim Mulhern. “We encourage Japanese government officials to continue on this course, and to respect their own laws and international agreements with the United States.”

“Wholesale acceptance of the EU’s proposed GI list would not only unfairly limit the ability of U.S. and other nations’ cheesemakers to do business in Japan, it would negatively impact Japanese consumers and cheese producers,” said USDEC President and CEO Tom Vilsack. “We urge Japan to consider the confusion, marketplace disruptions and inflated prices that would ensue by restricting common cheese names as the EU desires.”

IDFA President and CEO Michael Dykes, D.V.M., said, “American dairy companies shipped $117 million of cheese products last year to Japan, which is the third-largest market for U.S. cheeses. We believe that trade agreements should break down barriers, not erect new ones, and we urge Japanese government officials to reject the EU’s attempts to block common food names and fair market access for U.S. companies.”

The Consortium for Common Food Names (CCFN), of which all three dairy groups are a part, has been instrumental in opposing any attempt to monopolize common food names that have become part of the public domain. It has been coordinating U.S. industry submissions to the Japanese government to defend common food terms that appear on the EU’s GI list. CCFN seeks an appropriate model for protecting both legitimate geographical indications and generic food names.

The National Milk Producers Federation (NMPF), based in Arlington, Va., develops and carries out policies that advance the well-being of U.S. dairy producers and the cooperatives they collectively own. The members of NMPF’s cooperatives produce the majority of the U.S, milk supply, making NMPF the voice of dairy producers on Capitol Hill and with government agencies. For more on NMPF’s activities, visit www.nmpf.org.

The International Dairy Foods Association (IDFA), Washington, D.C., represents the nation’s dairy manufacturing and marketing industries and their suppliers with a membership of nearly 525 companies within a $125-billion a year industry. IDFA is composed of three constituent organizations: the Milk Industry Foundation (MIF), the National Cheese Institute (NCI) and the International Ice Cream Association (IICA). IDFA’s nearly 200 dairy processing members operate more than 600 manufacturing facilities and range from large multi-national organizations to single-plant companies. Together they represent more than 85 percent of the milk, cultured products, cheese, ice cream and frozen desserts produced and marketed in the United States. Visit IDFA at www.idfa.org.