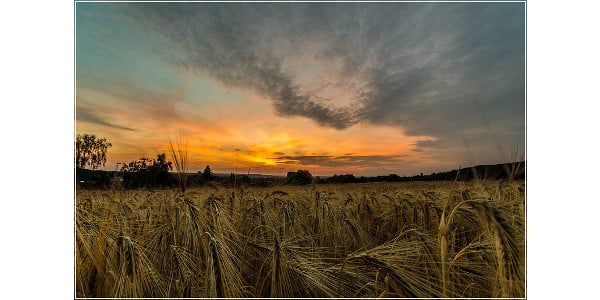 U.S. barley can now be exported to China following the approval of a phytosanitary protocol by both countries, a market development achievement years in the making finally accomplished with the boost of the U.S.-China Phase 1 deal signed in January. (Arno Hoyer via Flickr)

WASHINGTON, D.C. — U.S. barley can now be exported to China following the approval of a phytosanitary protocol by both countries, a market development achievement years in the making finally accomplished with the boost of the U.S.-China Phase 1 deal signed in January.

The notice on China’s customs website was posted on Thursday and confirmed to be approved by the U.S. Department of Agriculture’s Animal and Plant Health Inspection Service (USDA-APHIS). In the coming weeks, APHIS and the U.S. Grains Council (USGC) will now work with Chinese officials to develop fumigation and industry best practices requirements, and the Council and barley industry will work to ensure potential exporters meet administrative requirements to sell to China.

“We are pleased to see China making strides to uphold their purchasing commitments under its Phase 1 agreement with the United States, and the fact it could once again position the U.S. barley industry as a preferred supplier is even better news for U.S. barley farmers,” said USGC President and Chief Executive Officer Ryan LeGrand.

Buzz Mattelin, president of the National Barley Growers Association (NBGA), said that particularly in light of supply disruptions from COVID-19, the new agreement would help barley farmers find new buyers for their crops.

“This is a positive development for U.S. barley farmers. Now more than ever it is vital that we diversify and develop new markets for U.S. barley, which has been experiencing reductions in acreage over the past decade,” he said.

The Council has been active in barley promotion in China dating back to the early 1990s, and Council staff have been in conversations with the Chinese and U.S. governments about a barley protocol – the primary roadblock to market entry for U.S. barley – for several years.

“When negotiations started between the United States and China for Phase 1, the Council saw this as a prime opportunity to make sure a barley protocol was included in the list of technical issues to be addressed to open up China to import more feed grains, including barley,” said Cary Sifferath, USGC senior director of global programs.

The Council and barley industry demanded an import protocol be included in the technical and sanitary and phytosanitary provision of that deal, which ultimately required China to produce the guidelines within three months after the effective date of the agreement.

In anticipation of the ability of U.S. producers to export barley – and with renewed interest in U.S. malt by the Chinese brewing industry – USGC staff in China have been working with local importers to expand their supplier contacts. While the new protocol is needed for Chinese imports of malting barley and feed barley, it is not needed for barley malt. Malt has garnered some interest in the country recently.

The Council and the barley industry will also work with barley exporters or export facilities to ensure they are on the General Administration of Customs China (GACC) list, maintained by USDA’s Federal Grain Inspection Service (FGIS), to be in compliance to export according to China’s Decree No. 177.

While opening the door to a new potential market for U.S. barley, the protocol’s approval also demonstrates that despite the global COVID-19 crisis and ongoing tensions between the two nations, both the United States and China are committed to the Phase 1 deal’s agriculture provisions. In this marketing year, China has also bought substantial purchases of U.S. corn and U.S. sorghum for delivery in this and next marketing year.

“After much hard work and many years, we are pleased that China is open to U.S. barley imports and what they could mean for barley farmers and malt producers in our country,” LeGrand said. “We appreciate the teamwork shown by industry and governments to make this happen.”

More about the Council’s work on barley and malt export market development is here.

More about the Council’s work in China is here.

The right kind of cow is key to profitability