Home / National / U.S. advances anti-hunger, climate initiatives at UN pre-summit
A new user experience is coming! We'll be asking you to login to your Morning Ag Clips account March 1st to access these new features.
We can't wait to share them with you! Read more here. 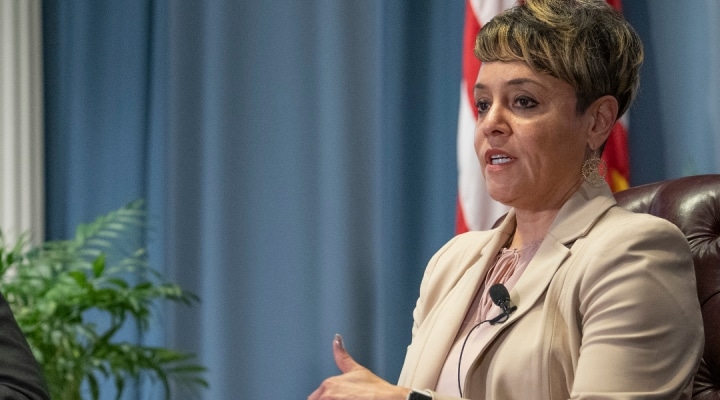 Deputy Secretary of Agriculture Dr. Jewel Bronaugh, the head of the U.S. delegation, said, “The United States is invested in the success of the Food Systems Summit and has prioritized ending hunger and malnutrition, addressing climate change, and building more sustainable, equitable and resilient food systems.” (U.S. Department of Agriculture, Public Domain)

Deputy Secretary of Agriculture Dr. Jewel Bronaugh, the head of the U.S. delegation, said, “The United States is invested in the success of the Food Systems Summit and has prioritized ending hunger and malnutrition, addressing climate change, and building more sustainable, equitable and resilient food systems.”

Bronaugh emphasized that the United States is the largest provider of international agricultural, economic development, and humanitarian food assistance – including assistance for school meals. In video remarks, U.S. Agency for International Development Administrator Samantha Power underscored the United States’ commitment to Zero Hunger and highlighted the U.S. government’s Feed the Future initiative, which aims to reduce hunger, malnutrition and poverty through long-term, sustainable solutions. Power also noted the strong set of commitments the United States is preparing to make at the Summit to empower millions more to feed themselves and their communities.

The United States announced support for new initiatives at the Pre-Summit. Recognizing that school feeding programs are key to reducing hunger, increasing educational opportunities, and promoting gender equity worldwide, the United States promoted participation in the Global School Meals Coalition, which will expand school feeding programs and make nutritious meals available for all children by 2030. As part of the U.S. focus on climate, the United States continued building support for the Agriculture Innovation Mission for Climate, which was announced at President Biden’s Leaders’ Summit on Climate in April, with the addition of 10 new partners: Burkina Faso, Colombia, Ghana, Honduras, Hungary, Republic of Korea, Mexico, Philippines, Ukraine and Vietnam. Recognizing that food loss and waste are a major contributor to the climate crisis, the United States also supported the creation of a global Coalition on Food Loss and Waste to reduce food loss and waste domestically and internationally.

The United States supports a Food Systems Summit that reflects and serves the needs of diverse stakeholders around the world, from producers to consumers and particularly those in marginalized communities, including women, youth, and indigenous people. In the leadup to the Pre-Summit, the United States hosted three National Food Systems Dialogues, allowing diverse stakeholders to discuss challenges, opportunities, and pathways forward. Bronaugh shared some of the results of these dialogues at the Pre-Summit and emphasized that realizing the goals of the Summit will require strengthening the capacity of all participants in food and agriculture systems.

Insurance 101: The important role of a deductible