Home / Illinois / Two WIU School of Ag alumni teaching together
A new user experience is coming! We'll be asking you to login to your Morning Ag Clips account March 1st to access these new features.
We can't wait to share them with you! Read more here. 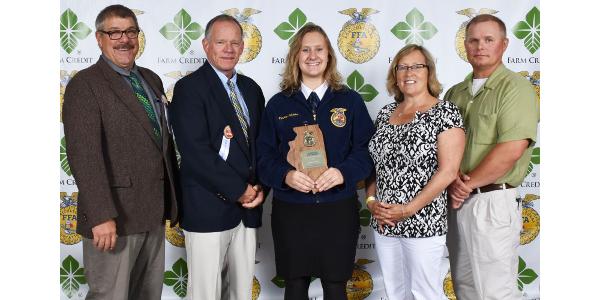 MACOMB, Ill. — A pair of Western Illinois University alumni, who had parallel academic and athletic careers in the 1980s, have been implementing what they learned at Western through their jobs as high school agriculture teachers at West Carroll High School in Savanna, IL.

Dan Hartman, a 1986 graduate, and Don Mathey, a 1984 graduate, both received degrees in agriculture education. Hartman was part of WIU’s wrestling team, and Mathey was a member of the WIU baseball team.

For the past 13 years, both have been agriculture teachers and both credit WIU for providing them with the tools they need to teach a new generation about agriculture.

“Things have changed a great deal in the classroom since I attended WIU in 1986,” said Hartman. “I feel the foundation in education I received at WIU allowed me to mature as a teacher and use the in-services that I gain to keep up-to-date.”

Mathey said he still uses the agriculture mechanics curriculum he learned at Western, particularly the sections on electricity and surveying.

“WIU is a great school,” he said. “I had great instructors. I loved the campus size and instructor/student ratio; and I still use what I learned there in my career today.”

“Don and I work well together; he’s allowed me to kind of be the lead teacher in the past 10 years or so, and our roles are reversing now since I am retiring after next year,” said Hartman. “We were selected as outstanding teachers at the high school the past two years consecutively. We do have a great working relationship and we do socialize outside of school.

Each summer, the two take part in the Register’s Annual Great Bicycle Ride Across Iowa (RAGBRAI), and will continue the tradition later this month. Both also coach athletics in their school district, Hartman coaching junior high wrestling and Mathey teaching varsity girls’ softball.

Hartman and Mathey said they have both stayed connected to WIU since their graduation. Hartman said he returned to campus for last summer’s implosion of Higgins Hall, and Mathey said he enjoys the WIU alumni magazine and staying in touch with WIU School of Agriculture Director Andy Baker.

“I always enjoy picking up my alumni button from the WIU booth at national FFA convention, or visiting them with them at state FFA convention or at the state Ag teachers convention,” said Hartman. “I also see Dr. Baker throughout the year.”

He added that WIU taught him how to deal with differing personalities.

“I am grateful to WIU for my education and my career,” he said.

For more information about WIU’s School of Agriculture, visit wiu.edu/ag.

Networking event for farmers and landowners