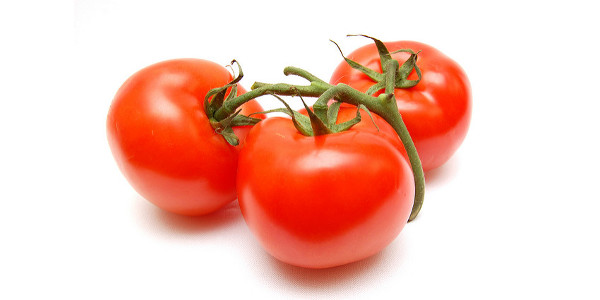 From backyard gardens to full-fledged growers, something twisted started happening to tomato plants in southwest Missouri during 2017.(Vladimir Morozov via Flickr)

CARTHAGE, Mo. — From backyard gardens to full-fledged growers, something twisted started happening to tomato plants in southwest Missouri during 2017.

A Dade County resident brought a portion of the suspect plant into the Dade County Extension office. University of Missouri Agronomy Specialist Jill Scheidt examined the sample there and realized it was not a typical case.

“At first, it looked like it could have been herbicide damage,” said Scheidt. “The leaves and stems were twisted and curled, but there were some differences between the sample and typical herbicide damage which told me it might be something else, something new.”

The sample had curled leaves and stems, but only in the top portion of the plant. Also, not all of the tomatoes in the garden had these symptoms. Another part of the mystery was that no herbicides were applied anywhere near the tomatoes.

That is when a call was made to Jasper County. “The correct diagnosis is required to know how to proceed with the crop, the plants, and the soil,” said Balek. “This certainly was an unusual specimen. Since then, more samples came in almost daily form Jasper County.”

Drift from herbicides such as Banvel or 2,4-D can cause twisting and curling of tomato plants, but so can a microscopic pathogen called Tomato Curly Top Virus.

The aptly named virus causes twisted, curly growth similar to that of herbicide damage, but there are subtle differences.

Tomatoes are very susceptible to herbicide drift, sometimes from as far as a quarter mile to half a mile away. Cucumbers, peppers, and grapes are also very sensitive, and would all show symptoms in affected areas as well. If these plants are present and healthy while the tomatoes are curled, you can likely rule out drift as a cause.

Curling can result from herbicide residues in soils, brought in by contaminated compost or mulch, but this also would affect other plants in the same soil.

To be sure, do a bio-assy. Simply plant a few seeds of green beans near the affected plants. As the beans sprout and new leaves appear, they should be straight and smooth. Any curling could mean that herbicide residue is present in the soil.

While Curly Top Virus is one possibility, there are other diseases which can curl tomato leaves.

“If you are certain that no herbicide was applied anywhere near your tomatoes, and you have a clean bioassay on your soil, but you still see curling symptoms, contact your local extension office.