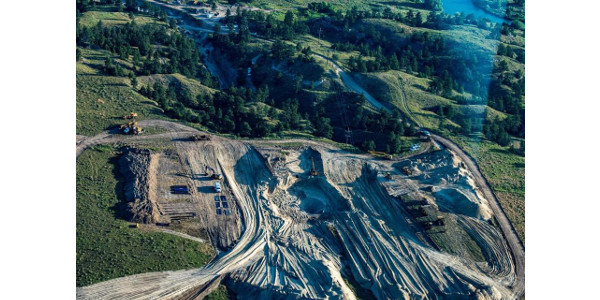 Figure 1. A bird's eye view of the land work to repair the irrigation canal and excavate the collapsed area above the tunnel. (Photos by Rick Preston)

LINCOLN — Repairs to the Gering-Fort Laramie-Goshen irrigation canal and tunnel are progressing, although it’s still too early to determine when water flow will be restored, growers were told Monday at stakeholder meetings of the Gering-Fort Laramie and Goshen irrigation districts. Surface-water irrigators in the North Platte River Valley south of the river in eastern Wyoming and western Nebraska lost their water supply due to a tunnel collapse and a washout in the main supply canal just south of Fort Laramie, Wyoming.

The majority of the audience were patrons of the irrigation districts. In addition, both meetings were attended by several dozen elected officials and local, state, and federal agency staff. They included county commissioners, state legislative representatives and aides, congressional aides, local USDA staff from the Farm Services Agency and Natural Resources Conservation Service, Nebraska and Wyoming Extension, and others.

At the Scottsbluff meeting, GFL Irrigation District General Manager Rick Preston updated the audience on progress of the repairs and possible funding sources and thanked the community for their support. It has been “a mental strain, an emotional strain, and a physical strain on everybody involved. Your continued support, encouragement, and trust go a long way in helping us conquer this situation,” he told the crowd.

Following is a recap of what Preston reported.

Repairs to the canal bed and walls are now complete and the canal is ready for water when tunnel repairs are complete.

Once they believe they are within 20 feet of the tunnel, trench boxes will be installed to help prevent soil from flowing back into the excavated area as they remove the final material to get to the tunnel. Once the trench boxes are in place, work can continue in the tunnel to assess the damage to the tunnel from the larger collapse site. The soil excavation contractors have been working from sunup to sundown in two shifts.

Work on the inside of the tunnel also has progressed. The first smaller collapse site has had steel “ribs” or supports installed and a 5-foot hole in the top of the tunnel has been patched with concrete.

Crews now have started working on the second, larger collapse site in the tunnel, approximately 675 feet from the tunnel entrance. The contractors can see a hole approximately 8 feet wide. The main concern now is whether the tunnel walls are still intact at this site. The extent of the damage at the larger tunnel collapse will determine how soon water can flow again.

If repairs can be made, the irrigation districts hope to make a trial run to see how much water will flow through the tunnel with the new repairs and supports in place. This will also allow growers to irrigate their fields once prior to winter and help fill the soil profile. The irrigation districts are working with the Bureau of Reclamation, which operates the North Platte Project, to extend the irrigation season, which usually ends in mid-September.

The irrigation districts have obtained a $4 million loan from the Bureau of Reclamation to help pay for these temporary repairs. The loan is for 50 years at 3.125% interest. Both irrigation district boards are working together to find a long-term solution to the problem and funding sources.

When Preston was asked about a final, long-term solution for this and other irrigation canals and tunnels, he said engineers were currently looking at the costs and viability of one option: a sleeve that would be inserted in the tunnel. The structural integrity of other irrigation tunnels in the area will also be assessed.

Nebraska Extension and the University of Wyoming Extension are working together to share information and help growers in both states understand their options during this severe situation. A joint web page has been created to provide information to stakeholders.

Crop Insurance Question for Those Affected by Canal/Tunnel Collapse

For more information on the North Platte River and the irrigation projects in Nebraska and Wyoming, visit the Slideshare presentation on the University of Nebraska Panhandle Research and Extension Center website.

NeCGA statement on the reregistration of atrazine
September 22, 2020

Scheduling the last irrigation of the season
August 29, 2020

Source of irrigation water influences how much of it you conserve
August 27, 2020