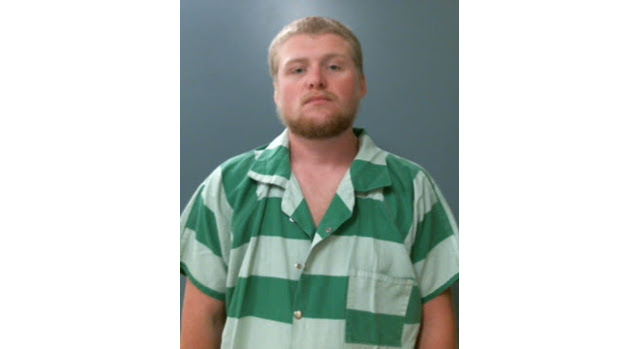 BONHAM, Texas — A suspect was arrested, and more than $105,000 in stolen property was recovered after an investigation by Texas and Southwestern Cattle Raisers Association (TSCRA) Special Ranger Troy McKinney and the Fannin County Sheriff’s Office.

The investigation began in June after a Fannin County rancher notified McKinney that a padlock was cut to access her property and cattle were missing. Several tips suggested the involvement of a silver four-door dually pickup pulling a red gooseneck trailer, seen in the area around the time of the theft.

A description of the pickup quickly spread on Facebook, and by July 7, alert citizens notified McKinney and other law enforcement that a pickup and trailer loaded with cattle and matching that description had been spotted. The vehicle was stopped by Oklahoma authorities and the driver, Josh Briggs, 22, of Honey Grove, Texas, was arrested. The cattle onboard were indeed stolen and were returned to their owner in Oklahoma.

Briggs cooperated with the investigation and McKinney was eventually able to recover seven head of stolen cattle as well as other stolen items found on Briggs’ property. The equipment recovered included a John Deere skid steer and 28-foot gooseneck trailer stolen from Bryan County, Oklahoma; a Kubota tractor stolen from Lamar County, Texas; and, a Kubota lawnmower stolen from Fannin County, Texas.

Briggs turned himself in Sunday, Sept. 15, 2019, and was booked into the Fannin County Jail. As of writing, he remains in custody pending bond.

Briggs is charged with third-degree felony theft of cattle. If convicted, he could face a sentence of up to 10 years in prison, $10,000 in fines and restitution to the victim. Additional charges are pending in connection to the other stolen items.

“I would like to thank the Fannin County Sheriff’s Office and Investigator Bill Rodgers for their work on this case,” said McKinney. “It is a great example of what we can accomplish when law enforcement organizations work together with vigilant TSCRA members.”