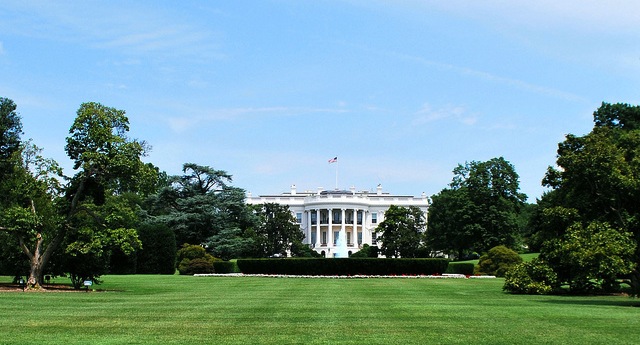 At a White House signing ceremony, the president called the rule, which has never been implemented because of a series of lawsuits, "one of the worst examples of federal regulation" that he said "has truly run amok." (ash_crow, Flickr/Creative Commons)

WASHINGTON (AP) — President Donald Trump has signed an executive order mandating a review of an Obama-era rule aimed at protecting small streams and wetlands from development and pollution, fulfilling a campaign promise while earning the ire of environmental groups.

The order, signed at the White House Tuesday, instructs the Environmental Protection Agency and Army Corps of Engineers to review a rule that redefined “waters of the United States” protected under the Clean Water Act to include smaller creeks and wetlands.

The order asks the heads of the agencies to publish a proposed rule rescinding or revising the waters rule for notice and comment — the first step in what is likely to be a yearslong administrative review process that many expect to end up at the Supreme Court.

At a White House signing ceremony, the president called the rule, which has never been implemented because of a series of lawsuits, “one of the worst examples of federal regulation” that he said “has truly run amok.”

“It’s been a disaster,” he went on, claiming that the EPA had decided it could regulate “nearly every puddle or every ditch on a farmer’s land or any place else that they decide.”

Trump had railed against the water rule during his campaign, slamming it as an example of federal overreach. Farmers and landowners have criticized the rule, saying there are already too many government regulations that affect their businesses, and Republicans have been working to thwart it since its inception.

But Democrats have argued that it safeguards drinking water for millions of Americans and clarifies confusion about which streams, tributaries and wetlands should be protected in the wake of decades-long uncertainty despite two Supreme Court rulings.

The president has promised to dramatically scale back regulations that he says are holding back businesses, and has signed several orders aimed at that goal.

Despite the outcry over the rule, it has never taken effect because of lawsuits filed by Republican attorneys general and large agriculture companies. Environmental groups such as the Sierra Club have said they will sue to fight any attempt by the Trump administration to roll back the rule.

Thaddeus Lightfoot, a partner at the international law firm Dorsey & Whitney who has been practicing environmental law for almost 30 years, likened the order to a “paper tweet” that on a practical level will have no immediate impact.

“The only way to unwind it or roll it back or rescind it or modify it,” he said, is to go through the lengthy federal rulemaking process laid out in the federal Administrative Procedure Act. He said the process will likely takes months or years, and will likely include further legal action. He expects the Supreme Court to weigh in on the issue during the current session.

Trump was welcomed to the signing ceremony by applause from a group of farmers, home builders, county commissioners and lawmakers he’d invited to the White House for the occasion. He was also joined by newly-confirmed EPA chief, Scott Pruitt.

Pruitt, the former Attorney General of Oklahoma, joined with more than two dozen other states in suing EPA over the water rule. The case is still pending and Pruitt declined to answer questions about whether he would recuse himself during his confirmation hearing, despite protests from Democrats.

Craig Uden, the president of the National Cattlemen’s Beef Association, applauded the president’s action in a statement, saying the rule represents one of the “largest federal land grabs and private-property infringements in American history.”

It “should be taken out behind the barn and put out of its misery,” he said.

But former EPA Administrator Gina McCarthy said in a statement that the Trump administration was “putting our nation’s health, economy and our national security at increased risk.”

Madeleine Foote of the League of Conservation Voters said, “This executive order is about one thing: protecting polluters at the expense of our communities and their access to clean drinking water.”

US approves 3 types of GE potatoes