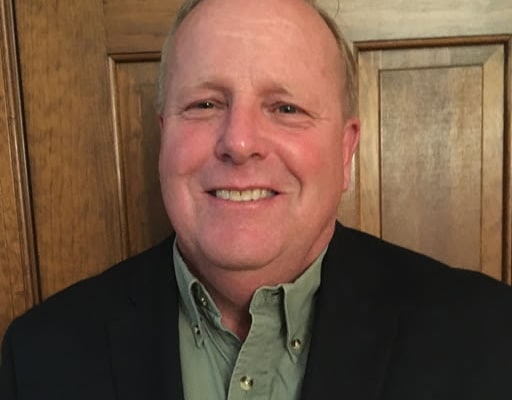 Agriculture Commissioner Steve Troxler named William “Bill” Foote of Cary as the new director of the Plant Industry Division in the N.C. Department of Agriculture and Consumer Services. Foote replaces Phil Wilson, who is retiring at the end of September after 37 years with the department.

RALEIGH, N.C.  – Agriculture Commissioner Steve Troxler named William “Bill” Foote of Cary as the new director of the Plant Industry Division in the N.C. Department of Agriculture and Consumer Services. Foote replaces Phil Wilson, who is retiring at the end of September after 37 years with the department.

“I am pleased that Bill Foote brings a wealth of seed and plant pest knowledge and experience with him to this new role,” said Agriculture Commissioner Steve Troxler.  “The work of our Plant Industry Division is broad and impacts North Carolina growers and residents alike as we have seen most recently with numerous calls about murder hornets, unsolicited seeds from China, spotted lanternfly and nursery damage assessments in Western N.C. following Tropical Storm Fred. Bill understands the importance of seed quality along with the important work of plant conservation and plant protection from invasive species.”

Foote’s previous experience includes serving nine year as executive director of the N.C. Crop Improvement Program with N.C. State University. In that position, he administered the N.C. Certified Seed Program as directed by the federal and state seed acts, provided financial oversight to the grower-funded non-profit, developed new industrial hemp standards that were adopted by the Association of Official Seed Certifying Agencies internationally, and provided phytosanitary inspections for N.C. seed producers to support export certificates for international and national sales.

Prior to that he was a graduate research assistant at N.C. State University for nearly four years, focused on field, lab and greenhouse research to support the cotton extension program. Before coming to North Carolina, he owned his own farm in Ohio growing and selling a variety of fresh produce. His operation also included a 20,000 square foot greenhouse production of floral flats and vegetables that retailed through the farm.

Foote was born in Ohio but moved to North Carolina 13 years ago to pursue his PhD. He and his wife Patty have five children. Foote is active in the industry serving as a board member for the NCSU Variety Release Board, the American Seed Trade Association and the North American Invasive Species Management Association. He is also an advisory member of the Peanut Variety & Quality Evaluation board, Virginia-Carolinas Peanut Growers Association, the NCSU Micropropagation and Repository advisory board and NCSU Soybean Yield Contest advisory group.

The Plant Industry Division ensures seed and fertilizer and other soil additives offered for sale in North Carolina meet prescribed standards and are truthfully labeled. It protects the state’s agriculture and natural environment from introduced plant pests, including insects, diseases, and noxious weeds, and enhances and protects our state’s endangered and threatened plants.