Home / Iowa / TRIUMPH OF AG EXPO is March 8 & 9
A new user experience is coming! We'll be asking you to login to your Morning Ag Clips account March 1st to access these new features.
We can't wait to share them with you! Read more here. 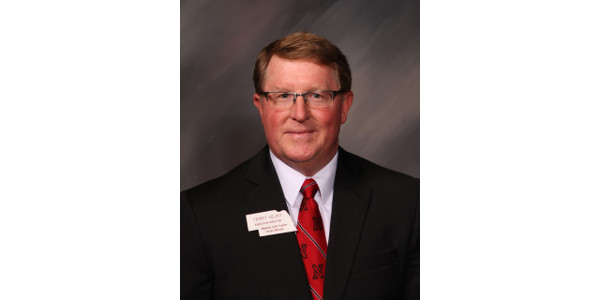 The Triumph of Agriculture Exposition established the Annual “Agri-Award” as part of Nebraska’s Centennial Celebration in 1976 to recognize outstanding organizations and individuals that have contributed to the Agricultural Development in the Midwestern area. This year’s winner is Terry Hejny. Director of the Nebraska LEAD Program. (Courtesy of TRIUMPH OF AG EXPO)

OMAHA — Over 1,000 booths with over 200,000 square feet of Exhibit space of the latest technology will be showcased at the 51st Annual TRIUMPH OF AGRICULTURE EXPOSITION Farm & Ranch Machinery Show, Wednesday, March 8th and Thursday, March 9th at the CenturyLink Center Omaha.

Regarded as the Area’s Largest Indoor Short-line Farm Machinery Show, the EXPO has become a tradition for area farmers, ranchers, stockmen, and their families to come to the show and ask questions directly to the leading farm manufacturers and suppliers for ways to improve their farm operation right before spring fieldwork begins all at one time and under one roof. The Seminar schedule is listed below and provides a chance to learn more about some of the new products and services available at the Show.  The Farm Show is open Wed – from 9 AM to 4 PM and Thursday 9 AM to 3 PM.

Bob Mancuso, Jr , the Show’s Director, says, “Farming today is more challenging and Midwest farmers are interested in keeping up with the changes and ways to increase their profits and yields per acre while reducing their costs.”  The Triumph of Ag Expo offers a one-stop opportunity to see and compare hundreds of hands – on demonstrations from the newest farm machinery to the day-to-day supplies and product information that’s available for today’s farming decisions. The TRIUMPH OF AG EXPO is proud that they have been able to keep the Admission to the Show FREE for the past 50 years.  Advance Free admission tickets can be obtained from County extension agents, farm machinery and equipment dealers, or at the CenturyLink Center Omaha’s door.  There are over 4,500 parking spaces on site right at the convention center entrance.

At no other time this spring will area farmers be able to see all these agricultural suppliers indoors at one time and under one roof than on these two days at the Triumph of Ag Expo.  Brent Pohlman, from Midwest Laboratories, said “Many first-time visitors cannot believe the wide selection of products on display and the tremendous opportunity for savings at the Show”. The Triumph of Ag Expo has something for every kind of farm operation, including tillage equipment, planters, monitor and control systems, soil testing equipment, mowers, cattle chutes, augers, fertilizers, various seed hybrids, feeders, tanks and pumps, hay moving and handling equipment, plows, combines, computers and software, tractors and many more agricultural products and services for today’s farmers and ranchers.

Bob Mancuso, Jr., said, “This year there are many show features. There will be antique tractors and equipment from the Camp Creek Threshers and the Elkhorn Valley Antique Power Association.

The Triumph of Agriculture Exposition established the Annual “Agri-Award” as part of Nebraska’s Centennial Celebration in 1976 to recognize outstanding organizations and individuals that have contributed to the Agricultural Development in the Midwestern area. This year’s winner is Terry Hejny. Director of the Nebraska LEAD Program.  He will receive the award at the Opening Day Luncheon on Wednesday, March 8, at 12 Noon at the CenturyLink Center Omaha.

’04 – All Farmers and Ranchers

1999 – Martin A. Massengale – President Emeritus, Director of the Center for Grassland Studies

— THE TRIUMPH OF AGRICULTURE EXPOSITION