Home / National / Trends in production and costs of the U.S. corn sector 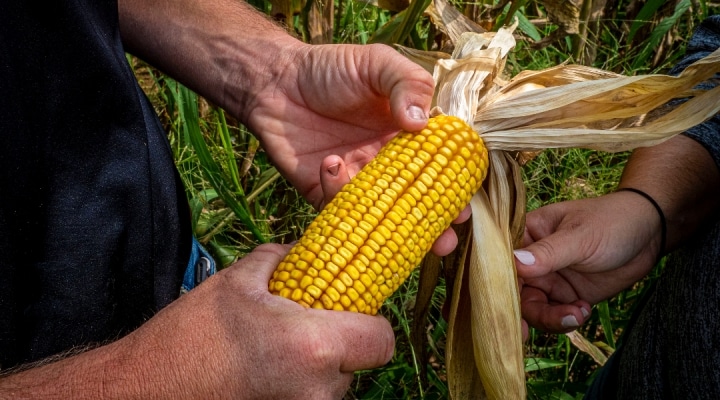 Corn accounted for over one-third of the planted acreage for the eight major row crops and was number one in value of production. (U.S. Department of Agriculture, Public Domain)

WASHINGTON — Over the past several decades, the U.S. corn industry experienced developments in seed and precision farming technologies, farm consolidation, and changes in irrigation coverage, which impacted production. Corn accounted for over one-third of the planted acreage for the eight major row crops and was number one in value of production. Corn is a major source of livestock feed, fuel, exports, and a multitude of corn-derived products such as paper and advanced bioproducts such as plastics and cosmetics. This report describes the technological and structural changes in U.S. corn production and describes how these changes have affected farm expenditures, net returns, productivity, yields, and production costs.

In the last several decades, there was significant structural change in U.S. corn production:

Technological changes in U.S. corn production between 1996 and 2016 (the most recent data available) included:

The effects of structural and technological change in U.S. corn production can be seen in increased average corn yields. The Heartland bolstered the U.S average throughout most of the period with the highest yield of any region and increases in bushels per acre from 138 in 1996 to 197 in 2016, while the Southern Seaboard region had the lowest average yields across years, at 113 bushels per acre.

Average production costs per acre nearly doubled between 1996 and 2016, with seed, fertilizer, capital (buildings and equipment), and land costs as major drivers.

Cost per bushel of corn production decreased as farm size increased up to and including farms of 750 acres in 2016. However, economies of size appear to level out for farms between 750 and 1,500 acres. Since 58 percent of total planted corn acres were on farms of fewer than 750 acres, this suggests a significant capacity for corn farms to further exploit economies of size.

This study uses data from USDA, Economic Research Service (ERS) and USDA, National Agricultural Statistics Service’s (NASS) Agricultural Resource Management Survey (ARMS) for corn from the years 1996, 2001, 2005, 2010, and 2016, and from the U.S. Census of Agriculture in 2002, 2007, 2012, and 2017. It also uses costs and returns estimates produced by USDA, ERS in each ARMS corn survey year, as well as 2018/2019 acreage and yield reports from USDA, NASS. These data are summarized for each year to describe changes in corn production practices and productivity. Technological and structural characteristics are summarized for each survey year. Corn export statistics from the ERS Feed Grains database are employed to provide context for production changes. For tractability reasons, figures for all summaries of regional outcomes over time include only a subset of regions. Regions are included either because they are major corn-producing regions or because they demonstrate a particularly notable trend in the outcome of interest (for example, a region that experiences the fastest growth in the outcome of interest may be included).

To read the entire report, “Trends in Production Practices and Costs of the U.S. Corn Sector,” please click here.

NMPF: Things to keep in mind as a big talk begins