Subscribe
Home / National / Transforming our food system for the future 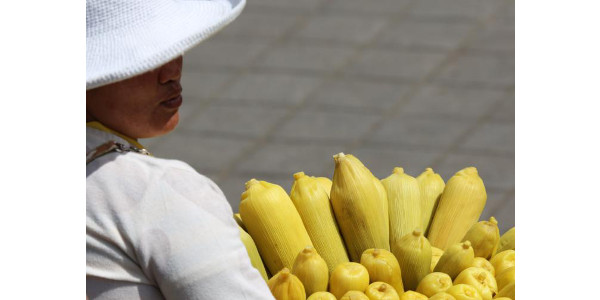 FRANCE — In the report, WRI suggests ways of feeding almost 10 billion people by 2050. Food demand is set to rise by over 50%, with demand for animal-based food products (meat, dairy and eggs) likely to grow by almost 70%. Hundreds of millions of people already go hungry, Farming uses around half the world’s green areas and generates a quarter of global greenhouse gas (GHG) emissions.

Unsurprisingly, the report says that there is no silver bullet. However, it does offer a menu of 22 options that suggests it is possible to feed everyone sustainably. “This resembles the “Healthy” scenario established by the CIRAD-INRA Agrimonde-Terra foresight exercise in many important ways. However, the two differ in terms of their initial objectives. WRI set out to increase food production while reducing GHG emissions and limiting the spread of agriculture. For Agrimonde-Terra, on the other hand, the task was to explore several future land use scenarios” , says Patrice Dumas from CIRAD, a French expert who contributed to both the WRI report and the Agrimonde-Terra exercise.

WRI estimates that feeding the world sustainably while reducing agricultural land use and GHG emissions by 2050 will mean the whole world:

Limiting global warming will mean acting on the food sector

Food lies behind most environmental and development issues: deforestation, malnutrition, biodiversity loss, water scarcity, climate change, water pollution and more. By improving how the world’s food is produced and consumed, we can treat the cause and not just the symptoms.

As things stand, agriculture, including the resulting land use changes, accounts for some 25% of global emissions (12 Gt of CO2 per year). The figure could reach 15 Gt of CO2 by 2050, i.e. more than 70% of the global “carbon budget” set in the Paris Agreement to limit global warming to less than 2°C. This would leave just 30% for other sectors that generate GHG emissions, such as transport. The report explains how the world could reduce agricultural GHG emissions by two thirds (to 4 Gt CO2) by 2050.