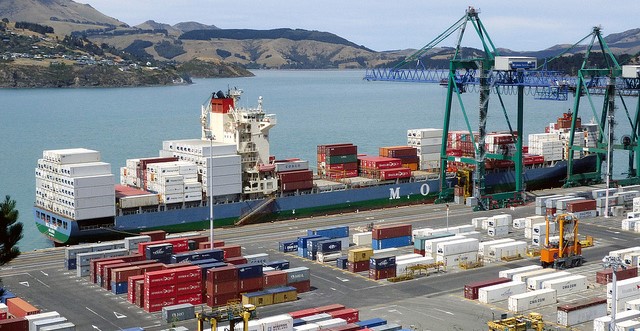 Australia, Canada, Japan, Mexico, New Zealand and Singapore are the first six nations to ratify the agreement. The other members yet to finish their domestic procedures are Brunei, Chile, Malaysia, Peru, and Vietnam. (Bernard Spragg. NZ, Flickr/Creative Commons)

TOKYO — A trans-Pacific free trade pact without the United States covering 13 percent of the global economy is set to enter into force on Dec. 30 after Australia’s ratification Wednesday, a move that appears to counter U.S. President Donald Trump’s protectionist policy.

“We will proactively engage in strengthening trade framework based on free and fair rules,” Japanese Prime Minister Shinzo Abe told the Japanese Diet as Australia became the sixth nation to ratify the 11-member deal.

The deal, which will cut tariffs on agriculture and industrial products and also ease investment restrictions and enhance protection of intellectual property rights, stipulates that it will enter into force 60 days after at least six signatories complete necessary domestic procedures.

Japan plans to chair the first ministerial meeting as early as mid-January to discuss the future acceptance of such members and the implementation of the trade pact, according to Motegi.

The implementation of the deal will allow “consumers to purchase foreign products at a cheaper price and also make it easier for Japanese companies to operate overseas,” Motegi said.

Australia, Canada, Japan, Mexico, New Zealand and Singapore are the first six nations to ratify the agreement. The other members yet to finish their domestic procedures are Brunei, Chile, Malaysia, Peru, and Vietnam.

Britain, Colombia, Indonesia, South Korea and Thailand are among countries having shown interest in joining the pact, known officially as the Comprehensive and Progressive Agreement for Trans-Pacific Partnership.

Australian Prime Minister Scott Morrison called the trade agreement “one of the most comprehensive and ambitious” in the country’s recent history as Canberra notified New Zealand of its completion of domestic procedures.

Following an abrupt U.S. pullout from the original 12-member framework under Trump in January 2017, the remaining countries signed the current revised pact in March this year.

The remaining 11 countries aim to show their commitment to free trade even as the world grapples with an escalating trade war between the United States and China as the two world’s largest economies engage in tit-for-tat exchanges of higher tariffs.

The development also comes days ahead of the U.S. midterm elections on Nov. 6 when Trump hopes to garner voter support for his “America First” agenda.

Japanese government officials hope that the CPTPP will help inject momentum into Tokyo’s push for multilateral free trade ahead of the expected start of bilateral negotiations for a Japan-U.S. trade agreement in January.

When the CPTPP takes effect, Japan’s economy is projected to get an 8 trillion yen ($71 billion) boost although agricultural and sea produce trade may see a negative impact of up to 150 billion yen, according to the government.

Japanese automakers are expected to benefit from the deal, which would eliminate 6.1-percent tariffs on passenger cars currently imposed by Canada in the fifth year after the pact comes into effect, while Australia’s tariffs on vehicles will be removed immediately.

Despite the government’s measures to mitigate the impact on domestic agricultural sector and help it enhance competitiveness overseas, many Japanese farmers have voiced wariness about the influx of cheaper livestock products due to the implementation of the CPTPP.

Japan’s tariffs on beef will be cut to 9 percent in the 16th year from the current 38.5 percent, while the 4.3-percent duty imposed on high-priced pork will be eliminated in the 10th year, welcoming news for consumers but a challenge to Japanese livestock producers.