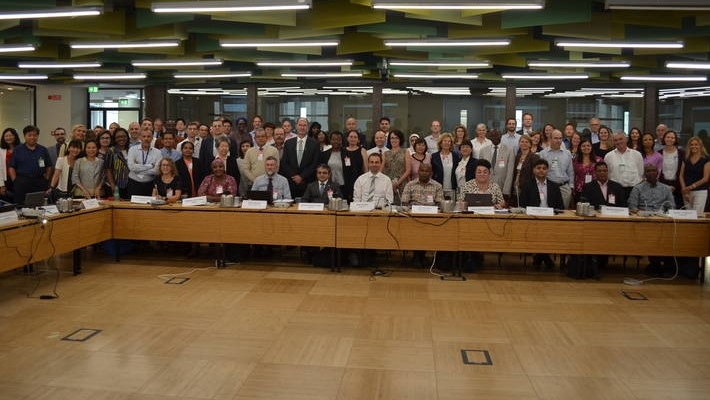 ROME — With the goal to protect human health and environment by assisting governments to make informed decisions concerning trade in pesticide and industrial chemicals, the UN Rotterdam Convention’s Chemicals Review Committee held its 14th meeting at the Food and Agriculture Organization (FAO) Headquarters in Rome, from 11 – 13 September 2018 with chemicals experts from all the UN regions attending the meeting.

The four hazardous chemicals recommended to be listed are:

The decision to list these chemicals will be taken at subsequent Meetings of the Conference of the Parties (COPs), the next of which will be held in Geneva from 29 April to 10 May 2019. The meeting coincided with the 20th anniversary of the adoption of the Rotterdam Convention, during which time 50 chemicals and pesticides have been listed and become subject to trade control measures.

Carlos Martin Novella, Deputy Executive Secretary of the Basel, Rotterdam and Stockholm conventions, stressed that “these recommendations will further the conventions’ joint aims of protecting human health and the environment” and that “over the course of its twenty years since adoption, the Rotterdam Convention has undoubtedly improved global governance on the trade in pesticides and industrial chemicals, offering as a framework not only for information exchange but also for capacity building, technical assistance, and a supportive climate for informed decision-making on the import and export of chemicals worldwide.”

Christine Fuell, Coordinator of the Rotterdam Convention at FAO emphasized that “the Chemical Review Committee works in a very transparent and inclusive manner, conducting its reviews independently and on science-based information only. The Committee’s work is facilitated by a Handbook of Working Procedures and Policy Guidance, which has been also updated during this meeting to account for the new experiences of its work.”