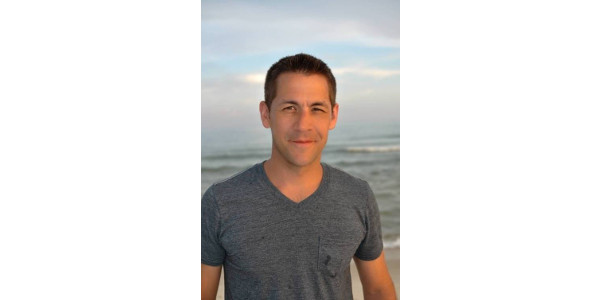 Thomas Bonnot earned his bachelor’s degree and master’s degree in fisheries and wildlife sciences at MU. After a stint with the Missouri Department of Conservation (MDC), Bonnot received his Ph.D. in natural resources and conservation, along with a minor in statistics. He has been in his new role as an assistant research professor in the School of Natural Resources for a year. (cafnr.missouri.edu)

COLUMBIA, Mo. — Thomas Bonnot’s love for science and the outdoors brought him to the University of Missouri in 1999 as a student. Three Mizzou degrees later and Bonnot is an assistant research professor in the School of Natural Resources.

Bonnot earned his bachelor’s and master’s degrees in fisheries and wildlife sciences. After a stint with the Missouri Department of Conservation (MDC), Bonnot received his Ph.D. in natural resources and conservation, along with a minor in statistics. He has been in his new role as an assistant research professor for a year.

“I actually began my studies at the Missouri University of Science and Technology,” Bonnot said. “I love science, and I was majoring in physics. I was always going to be a scientist. Things were going really well, but my passion was drawing me to the outdoors and nature. At first, I thought science and the outdoors were separate things. I didn’t realize there was this whole world of natural resource science. A friend of mine told me if I was serious about combining the two, I should check out the College of Agriculture, Food and Natural Resources at MU.

“Once I saw the ecological research that takes place here, I was hooked.”

Bonnot grew up in Osage County, just southeast of Boone County. He grew up on a farm where his family raised cattle, turkeys and hogs. Being outdoors was just part of life.

“When I went to college and wasn’t on the farm every day, I realized that I really missed that part of my life,” Bonnot said.

Bonnot is a wildlife and landscape ecologist by trade. His research focuses on the conservation of wildlife populations amidst landscape and climate changes.

“My main goal is trying to help conservationists and managers make decisions about how to conserve and protect a variety of species,” Bonnot said. “To do that, we have to understand the processes and threats that affect wildlife populations. We develop tools, models and decision frameworks to help managers plan for those processes or threats. That’s really what drives a lot of my research.”

Bonnot has worked with bats, birds and salamanders, among a variety of other species. He’s even helped with an MDC elk restoration project.

“If you want to find out about these species, you have to go out and find them,” Bonnot said. “You have to look at where they’re at and what they’re doing. There are simple steps, like going out and counting the number of species. You then relate it to the factors out there, like the surrounding landscape and other local species.

“You obviously can’t follow them throughout their entire life. You can get glimpses, though. We trap them, mark them and release them. You can also use GPS transmitters, which gives you a great glimpse at where they’re going. Each species brings a different plan.”

Statistics play a big role in the work that Bonnot does. While getting a minor in statistics wasn’t a requirement, Bonnot said it was something he was focused on doing when he was working toward his Ph.D.

“It was definitely a little odd being a 30-year-old in a calculus class with a bunch of freshmen, but it was completely worth it,” he said. “We collect so much data on these species – where they’re at, how they’re surviving, when they’re reproducing. As with any dataset, you can’t just use it at face value. You have to interpret it and analyze it. We have the tools to do that, but I realized that even though I knew how to use the tools, I didn’t know what was going on under the hood. It was important to me to gain a better understanding of statistics.”

Bonnot was the principal investigator on a study published last year centered on the threat of climate change on the Acadian flycatcher, a common forest songbird in the United States. Bonnot partnered with his former advisor, Frank Thompson, U.S. Forest Service Northern Research Station, who has researched the Acadian flycatcher for more than 20 years.

Their research looked at how higher temperatures are having a negative effect on the breeding productivity of the flycatcher. They plugged that data into a model that projected both reproduction and overall population growth and saw that a warming climate would severely impact the flycatcher population.

Bonnot said that other bird populations could undergo the same hardships, but more research has to be conducted.

Bonnot added that his research is very partner-driven. Researchers and organizations come to him with a species in mind and he begins to track the trends.

While Bonnot does answer specific questions related to what the researcher or organization is interested in, he uses the opportunity to gather more data as well.

“Generally, we are approached with a species in mind,” he said. “We make sure to keep track of everything we can. If we see something that seems out of the ordinary, we definitely take note of it for possible future studies.”

Bonnot is currently working with the southern region of the U.S. Forest Service on a project related to bird populations in national forests, ranging from Missouri to Florida. Bonnot has been monitoring the populations and looking at past trends.

“This new role has been really exciting,” Bonnot said. “I would not have expected to be in this position and do what I get to do way back when I began at MU. I’m vested in this program, and I want to see it succeed. I’m glad that I get to be a part of that success.”