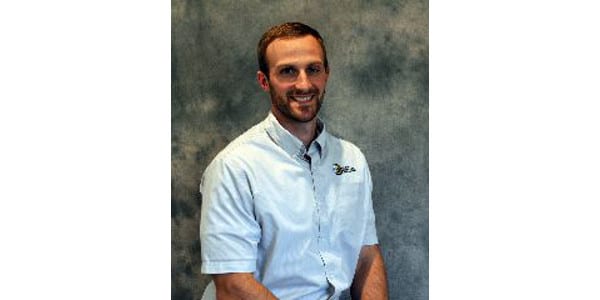 WATERTOWN, Wis. — As choppers run full throttle into the fall of a moderate 2020 growing season, toxins may not be on the radar. But these antinutritional factors can still be lurking within feedstuffs on farms across the US.

“Typically mycotoxins are released by fungi in response to some stressor,” explains Goeser. “The conditions that lead to fungal stress aren’t exactly understood – it could be moisture stress, auxiliary stress, or other instigators.” And to add additional ambiguity to our understanding of mycotoxin causing factors, these facets are independent of each other. Goeser shares that the presence of mold and fungi doesn’t necessarily indicate that mycotoxins are present in a feed, just like a positive mycotoxin test doesn’t indicate culturable living mold or spores exist within the feed. “A mold could be dead and gone, but just leave a mycotoxin behind.”

Goeser goes on to explain that mycotoxins can come from the field or they can be produced in the silo. “Different classes are produced in different areas,” says Goeser. “Common mycotoxins we test for are typically more field produced. However, Professor Damon Smith from the University of Wisconsin Plant Pathology department has commented to me that some common mycotoxins may also increase during storage in silos. There is much yet to learn in this area.”

Chemists have recognized 18 thousand mycotoxins, though our ability to detect and quantify these mycotoxins is only a fraction of the total. “We typically look at five major mycotoxins in feed analysis when troubleshooting nutritional challenges” explains Goeser. The five toxins he is referring to include:

Vomitoxin (deoxynivalenol (DON)): An immunosuppressant, DON can interfere with rumen metabolism and harm bodily tissues like the gut lining. “We’ve used DON as a marker to determine if there are mycotoxins present in some cases” explains Goeser.

Zearalenone: Mimics estrogen and can interact with the reproductive system in the organisms who ingest it.

Fumonisins: These mycotoxins are known to affect the liver and kidneys.

Aflatoxin: Produced by aspergillus, a hot climate mold, and are carcinogenic and regulated.

T2: Similar effects as DON, however, this mycotoxin is much more potent and exerts its negative effects at parts per billion levels.

According to Goeser, there are always multiple mycotoxins present, and unfortunately, they can act additively. Because of this, he recommends, “for severe clinical cases or diagnostic situations, we should use a mycotoxin panel approach to seek a comprehensive assessment of these compounds that will affect animals.” Regardless of the reason, mitigating mycotoxins requires a strategy. “Mycotoxins are fairly stable in silage,” says Goeser. “Test as close to the time of being fed and pay attention to news from the industry and our team to understand what seasonal and regional trends may be influencing their presence.” He also recommends working with a trusted crop advisor, nutritionist, and veterinarian to assess the challenge and form a strategy.

In cases of harmful mycotoxin loads, Goeser explains there are two approaches. “Dilute them with a clean crop, or feed an additive or binder that will glob on and pass them through the animal.”

Ultimately, mycotoxins are just one class of feed hygiene challenges or contaminants. “Mycotoxins should be interpreted along with other contaminant measures in many cases. Give consideration to fungal and wild yeast contamination, undesirable bacterial growth, and consider other stressors due to nutrition, management, or the environment,” says Goeser. “In such situations, a TMR hygiene diagnostic approach could be the shotgun approach needed to develop a proactive plan forward.”

Founded in 1976, Rock River Laboratory is a family-owned laboratory network that provides production assistance to the agricultural industry through the use of advanced diagnostic systems, progressive techniques, and research-supported analyses. Employing a team of top specialists in their respective fields, Rock River Laboratory provides accurate, cost-effective, and timely analytical results to customers worldwide, while featuring unsurpassed customer service.

Subsidies are swell and all...