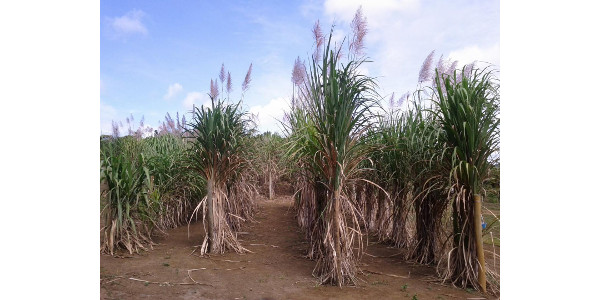 SÃO PAULO, Brazil — An innovative genetic mapping system for polyploid species promises to facilitate the work of scientists and plant breeders, who use genomics to develop varieties that are more productive and resistant to disease or drought. Polyploids are organisms with more than two sets of chromosomes. Many plant species of great economic value, such as potato, wheat, cotton and sugarcane, are polyploids.

The research was conducted at the University of São Paulo’s Luiz de Queiroz College of Agriculture (ESALQ-USP) in Piracicaba, São Paulo State (Brazil), with São Paulo Research Foundation – FAPESP’s support. The results have been published in the journal G3: Genes, Genomes, Genetics.

The open-source software package is called MAPpoly and can be downloaded free of charge from the internet.

To date, only systems for genetic mapping of diploid species (2n) or simple polyploids (4n) have been available (n refers to the number of unique chromosomes in each cell). For complex polyploids (Xn, multiple copies), there are many more possible combinations of chromosomes, and the mapping process is much harder to perform.

Many crops have been genetically improved and are polyploid. Sweet potato (Ipomoea batatas), for example, is hexaploid (6n, with six copies of each chromosome). The varieties of sugarcane (Saccharum spp.) grown by sugar and ethanol producers in Brazil and elsewhere are between 6n and 14n, making them a daunting challenge from the standpoint of genetic research.

Finding a way to map the genetics of such complex plants was the initial research focus for Marcelo Mollinari, currently a postdoctoral fellow at North Carolina State University in Raleigh (USA). He developed much of his system while conducting postdoctoral research under the supervision of Antonio Augusto Franco Garcia, a professor in the Department of Genetics at ESALQ-USP, and with a scholarship from FAPESP.

“Using the knowledge and tools of statistical genetics, the study resulted in a novel method that robustly resolves this challenge,” said Mollinari, who previously won a scholarship from FAPESP for a research internship at Purdue University in West Lafayette, Indiana (USA).

The study also received funding from the FAPESP Bioenergy Research Program (BIOEN) for the project “Genomic-assisted breeding of sugarcane: using molecular markers to understand the genetic architecture of quantitative traits and to implement marker-assisted selection“, for which the principal investigator was Anete Pereira de Souza, a researcher at the University of Campinas’s Center for Molecular Biology and Genetic Engineering (CBMEG-UNICAMP) in São Paulo State.

Mollinari has been studying the development of polyploid genetic mapping systems ever since his master’s research, initially for sugarcane. A system specifically designed to map complex polyploids was unavailable until now. Scientists and plant breeders used systems designed to map diploid organisms. They had to adapt the tools for statistical analysis to more complex organisms, and the mapping was imprecise as a result.

“When we receive the data, it’s hard to understand what is happening at certain points in the chromosome. There can be many combinations, and the information is vague,” Mollinari said.

To overcome this difficulty, Mollinari turned to the statistical technique known as hidden Markov modeling. “Our brain can read whole words even if letters are missing or interspersed with numbers. Markov models do the same thing: instead of looking at specific positions, you look at chromosomes as a whole and fill in the positions to obtain a complete view of the chromosomes’ positions in the genome,” he explained.

After developing the algorithms, Mollinari performed simulations to test the platform. One entailed mapping two varieties of potato (Atlantic and B1829-5) that had already been mapped using methods developed for diploids. He compared the results of these simulations with the existing maps to validate his system. He also performed a comparative simulation with Dutch software adapted for polyploids.

The new system can be used to map the genes of various polyploids, such as forages, kiwi and blueberry, as well as sugarcane. Researchers affiliated with at least seven institutions are using Mollinari’s platform to analyze these species.

“BIOEN was the initial motivation for the project, which later expanded to cover much more than genetic mapping of sugarcane,” Garcia said. The new method is also being used in studies of forage plants grown in Brazil.

Globally speaking, the most recent application is in Mollinari’s own research in the US, where he is participating in a project to develop genomics tools for sweet potato breeding funded by the Bill & Melinda Gates Foundation with the aim of supporting growers of this food crop in sub-Saharan Africa.

Genetic improvement requires verifying how each chromosome was inherited by the offspring of crosses. This can be done with MAPpoly, and in conjunction with phenotype mapping, breeders will be able to develop varieties faster and more efficiently.

“It’s a tool that facilitates the work done by breeders and can never replace them. They have the in-depth knowledge of traits and the expertise to select the traits required to develop new varieties,” Mollinari said.