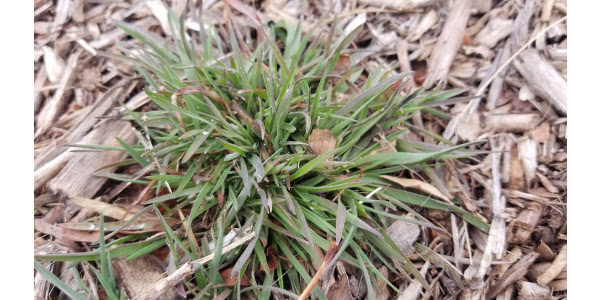 FORT COLLINS, Colo. — It’s that time of the year. People are seeing “different” grasses in their landscapes – and they are usually unattractive. So, of course, it MUST be crabgrass! Here’s the problem: crabgrass is a summer annual weed that won’t be germinating through most of Colorado until sometime in April (at the EARLIEST), and more likely in May. This grass needs soil temperatures to be consistently around 55 F (surface inch) for germination to occur. It’s still a little early and chilly for it to begin growing.

Cheatgrass is one of the most troublesome and common weeds throughout the western U.S. It’s another one of those nasty introduced weed species that came to the U.S. sometime in the 1890s and has spread throughout much of the U.S. It has become one of the most important agricultural and rangeland weeds in the West. The rapid, aggressive growth and prodigious seed production enable it to dominate native plants ecosystems – and make it a nuisance in urban landscapes.So if it’s not crabgrass, what are people seeing? One likely culprit is cheatgrass (aka downy bromegrass – Bromus tectorum). Cheatgrass is a winter annual – meaning that it germinates around here in fall or late winter. The young seedling cheatgrass doesn’t grow much in fall or spring – until we get a stretch of warm days (60s-70s). Warm spring temperatures cause explosive growth, flowering, and then seed production. It’s pretty much at the end of its life by June – when it turns brown, dies, and drops its annoying seeds. The seeds it drops in June will germinate in the fall…and the cycle continues.

In the flower or vegetable garden, cheatgrass can be easily pulled because it has a very shallow root system when young. Mowing doesn’t control it as the weed will quickly adapt to mowing and form viable seed close to the soil surface. Larger patches can be sprayed with glyphosate (Roundup, Kleenup) on warm days (70 F or greater is best) or one of the many “natural” burndown products (it may take several applications of the “natural” products).As with all annual weeds, effective management centers on prevention of seed formation. By preventing new seeds, populations of this weed can be effectively eliminated in a few years because its seeds live for only a few years in the soil after falling from the plant (the seeds of some weed species can live for 30-40 years+ in the soil!).

We’ve blogged in the past on other grasses that people often call “crabgrass”: quackgrass, bromegrass, tall fescue. Go hereto read about other grasses that are mistakenly called crabgrass.As for crabgrass, its time is coming. Now would be a good time to apply a crabgrasspreventer in places like Grand Junction and Pueblo; in cooler parts of the state it is OK to go later – but probably no later than April 15th.

Go here to see what crabgrass really looks like, and for more pics of crabgrass look-alikes.