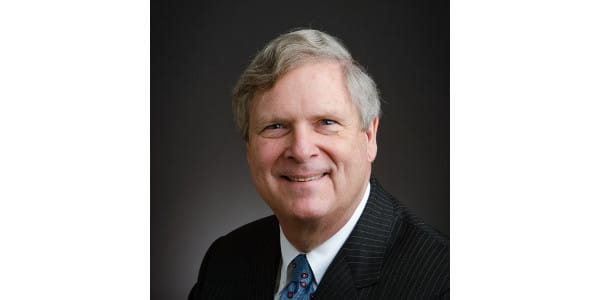 The council is an independent membership organization that represents the global trade interests of U.S. dairy producers, proprietary processors and cooperatives, ingredient suppliers and export traders.

Vilsack, who was U.S. agriculture secretary from 2009-17, talks to Dairy Stream host Mike Austin about the work of his organization, the importance of trade relationships and new export opportunities. The podcast is co-produced by the Dairy Business Association and Edge Dairy Farmer Cooperative, sister organizations that fight for effective dairy policy in Wisconsin and Washington, D.C. The sponsor for this episode is STgenetics.

(USMCA is) a positive opportunity for us because it opens up, just a bit, our Canadian market opportunities. The tariff quotas have been increased for certain products and we’re working now with our government to make sure that as Canada begins to implement the USMCA on July 1st that it does so in a way that’s consistent with both the spirit and the letter of the agreement. …

We also made a big effort, which the administration recognized and was able to negotiate into the agreement — an end to what is called Class 6 and Class 7. It’s a pricing system that the Canadians used in order to, in essence, get rid of their surplus of powder onto the world market as opposed to basically dealing with it within their supply management system. And what they did by doing that is undercut significantly the world prices for powder and negatively impacted the dairy producers in every country, including the U.S. We were able to negotiate a replacement of those pricing systems. …

There’s a portion of the dairy industry in Canada that wants to make the activities of the Canadian government with reference to this (powder surplus) issue less transparent, which would put our producers and certainly our government at a bit of a disadvantage in determining whether or not this agreement is being implemented properly.

Obviously, with the trade situation in China, the friction between the two countries, we saw a significant decline in activity (in 2019). With the negotiation of the Phase One Trade Agreement between the two countries, we have seen a pickup of about 25 percent of activity for the first three months of this year compared to the first three months of 2019. It still does not meet the level of where we were in 2018, but we are seeing some hopeful signs. …

One of the things we’re doing is working on an interesting partnership with Costco in Shanghai. They have a very large facility there. … I think they have over a million members to that Costco store, they get about 5,000 to 6,000 customers a day. It’s a tremendous location, and we’d been doing a sampling program until the (coronavirus) hit. …

I’m a little concerned about the Phase One Agreement, simply because (of the) heightened tension between the two countries over the virus and over how the virus started and how it spread. That war of words could potentially result in an impact on the (agreement). I hope it doesn’t happen, because, obviously, the Chinese market is an important market for us.

We think there’s continued opportunity in the Middle East and North Africa. This is an area that has not as many people as Southeast Asia, perhaps not the rising level of middle class consumers, but it has some incredibly wealthy consumers. I’ll use the example of the United Arab Emirates. … The average family income is about $135,000 U.S., so you have pretty significant prosperity because of the oil industry and the businesses that do business in the UAE. It’s an opportunity for us to showcase some of our high-end cheeses.

While Mexico is our number one market, we haven’t forgotten about the opportunities that may be in Central America and South America, and so we’re beginning to work in Chile and Peru, places where we think there may be appetite for U.S. cheese, to begin developing an effort.

I think long, long, long term, the reason why we are interested in the U.S. government’s negotiations with Kenya (is because) one half of the world’s increased population over the next 15 to 20 years I’m told will come from the African continent. So you’re going to have a tremendous number of consumers in many of those countries, and as we can identify countries where there’s sufficient stability, political stability and economic stability, there’s another opportunity for us to compete with our European friends to provide product to a growing population.

Fly control and its economic impact